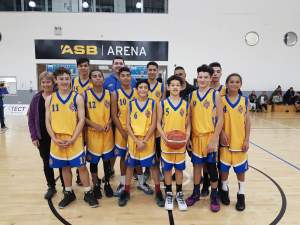 The inclusion of 3x3 Basketball in the 2020 Olympic Games is expected to have a flow-on effect for the sport in the regions and will create more opportunities for local players, says Tauranga City Basketball Association General manager Mark Rogers.

This week, the International Olympic Committee confirmed the shortened outdoor version of the game will have a full spot in the upcoming Summer Olympic Games in Japan.

With New Zealand already claiming two Under 18 world titles in this format already, Mark says the ruling is good news for the development of the sport locally.

“I am sure Basketball New Zealand will be hoping High Performance Sport New Zealand sees the opportunity this provides New Zealand and they will fund the further development of 3x3 Basketball at the elite level.”

The announcement comes ahead of the 29th edition of the Atomic Masters tournament this weekend, which is running alongside the NZNBL Final Four, held at ASB Arena.

“It will be an action-packed weekend, which also includes an Under 13 tournament and coaching clinics,” says Mark. “I am personally looking forward to seeing Cory Webster play here before he heads to the USA for another NBA trial.”

This year has already been a huge success, most recently with Tauranga City and Rotorua Basketball Association both qualifying teams for the National Under 15 and Under 17 Boys’ and Girls’ events at Queen’s Birthday Weekend. This is the first time Tauranga City has secured a number-one seed spot from qualifiers.

There has also been a surge in the sport’s popularity in the Eastern towns, where it continues to grow at a rapid pace and the secondary school league has reached capacity after just three years.

“The work Sport Bay of Plenty School Sport Team Leader Gareth Yates has done out East has been instrumental in developing this growth.

“Pathways and possibilities for New Zealand’s basketballers both male and female continue to grow. It is great for Tauranga City and the wider Bay of Plenty that basketball is able to bring some of these opportunities to the region, as well as the economic spin-offs that come with hosting events here.

“I hope you get the opportunity to come and support the local sides playing here in events throughout the year.”

The NZNBL Final Four is on Friday and Saturday, June 17 and 16, from 5pm. Tickets can be purchased from Ticketek and TECT card holders can receive a 50% discount by presenting your card at Baypark.