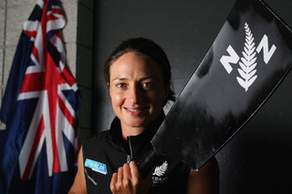 Three-time world rowing champion Juliette Haigh has stepped up to support a charity dedicated to bringing fun, hope and happiness to children living with cancer.

Winner of a bronze medal in the women’s coxless pair at the London Olympics, Juliette has accepted an invitation to be the Waikato/Bay of Plenty Ambassador for Camp Quality New Zealand.

Camp Quality New Zealand (CQNZ) is a not-for-profit volunteer organisation, established 28 years ago, which provides a range of programmes and year-round support across New Zealand for more than 300 children, aged 5-16, with cancer.