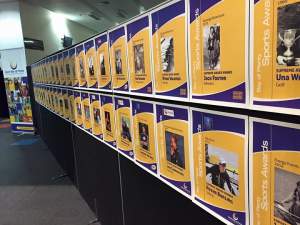 The annual 2017 Bay of Plenty Sports Awards recognise all of aspects of sport from clubs and teams, to administrators, coaches and officials, alongside individual athletes who are at the top of their codes nationally and internationally.

Hosted by Sport Bay of Plenty, the first awards were held in 1969 and the annual event has become a highlight in the region’s sporting calendar. Previous winners include Peter Burling, Lisa Carrington, Mahe Drysdale, Luuka Jones, Molly Meech, Kane Williamson and Sam Cane.

Sport Bay of Plenty Sports Manager Megan Cleverley says, “This is an opportunity to nominate volunteers, coaches and athletes from throughout the Bay of Plenty region that have achieved great results in sport through the qualifying period of 1 October 2016 through to 30 September 2017.

“From these nominations the judges announce a list of finalists with winners and a supreme award winner announced at a Sports Awards Gala Dinner in Rotorua.”

Nominees for all categories, except International Sportsperson of the Year, must be members of a club, school, or sporting organisation in the region bounded by Sport Bay of Plenty’s coverage area and endorsed by the appropriate RSO or NSO.

All school nominations must be endorsed by the Principal of the nominee’s school.

If you know someone who should be considered for these prestigious awards visit, click here to download a nomination form or call into a Sport Bay of Plenty Office in Rotorua, Whakatane or Tauranga.

Nominations close Tuesday, October 3 and tickets to attend the awards night will be available from www.sportbop.co.nz from mid-October.

The 2017 Bay of Plenty Sports Awards will be held at Rotorua’s Energy Events Centre on Friday, November 24.