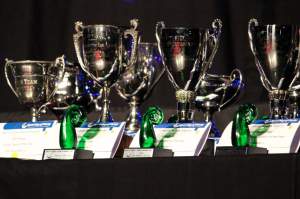 Nominations are now open for Secondary School and Open Categories in the 2016 Bay of Plenty Sports Awards.

The nominations are open until Wednesday 5th October at 4pm.

The nomination process gives the opportunity to nominate volunteers, coaches and athletes from throughout the Bay of Plenty region that have achieved great results in sport through the qualifying period of 1 October 2015 through to the 30 September 2016.

The awards will be showcasing and recognising the superb sporting talent in the Bay, celebrating the people, clubs and teams that give the Bay its sporting identity. The first Bay of Plenty Sports Awards was held in 1969.

The 2016 awards night will be held at the ASB Arena on Friday 18th November. All finalists will be recognised and winners will be applauded – leading to the Sport Bay of Plenty Supreme Award winner. Last year’s supreme winner was Lisa Carrington and previous winners include Julia Edward, Peter Burling and Sarah Walker.

If you know someone who should be considered for these prestigious awards, click here and download a nomination form or call into a Sport Bay of Plenty Office in Rotorua, Whakatane or Tauranga. Forms are also available in schools, clubs and other sporting organisations throughout the Bay of Plenty.