Nearly 1m dollars to be spent on sports fields 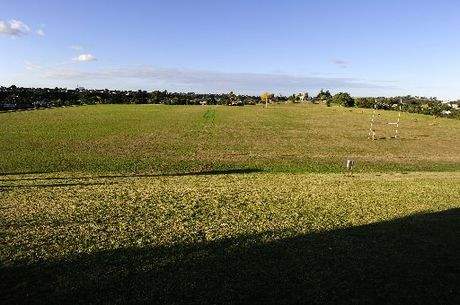 Nearly $1 million will be spent in Tauranga this year on projects to make the most of some of the city's sports fields.

The most dramatic turnaround in turf quality has been achieved at Welcome Bay's Waipuna Park which used to cut up badly during the winter sports season.

Council spokesman Marcel Currin said $186,000 had been spent to install an irrigation system into the sports fields, with the total improvements to Waipuna Park reaching $629,000.

The other work included a water bore so the irrigation did not run off city supply, floodlights, a transformer and perimeter fencing.

It was all part of a drive to make better use of sports fields in order to postpone the time when the council had to spend millions to buy and develop new sports fields.

"It is making the most of what we have got," he said.

Other upgrades this year occurred on Arataki Park, Wharepai Domain, Morland Fox Park and Links Ave Reserve. The existing irrigation system on Tauranga Domain's No1 field was switched to feed off the new water bore.

Waipuna Park's irrigation and floodlighting were for the top two terraces but not the bottom terrace. The lights will be in use by the end of this month, with a contribution of $18,000 from the Waipuna Football Club.

Tauranga City president Ron Boyle told the Bay of Plenty Times football had boomed in recent years and being able to deliver more training ground facilities in the region was vital.

"It just allows us to go a bit later in the evening, which is very important.

"Basically, the club has grown so damn fast we need somewhere for the overflow of training under lights and Links Ave No. 2 was an option."

Mr Boyle said the club's grounds were in almost constant use and under "huge pressure".

The demand for grass grounds in Tauranga would continue in years to come, as more people moved to the city, so addressing needs such as floodlighting was a wise decision, Mr Boyle said.

The club's contribution was to upgrade the lights from training lights to a standard where regional games could be played in the evening.