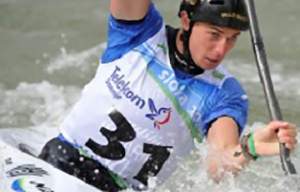 Adventurer Mike Dawson is immune to easy options. So it proved as he paddled down the man-made rapids to 10th in the K1 canoe slalom final at the Rio Olympics. He improved on his 15th place at the London Games.

The 29-year-old posted a time of 91.47s and collected no penalty points in his semi-final. He could not match that in the final, recording 93.07s.

"I knew it [the final] was going well for the first couple of splits but I caught a bit of water and it started to slip away.

"It's not often that there are no 15s penalties with guys trying to cut lines around the poles and missing gates. You've got to read the flow of water and stay on top so you don't end up swimming. It showed the quality of the athletes racing."

Britain's Joseph Clarke won in 88.53s. The Brit trained on the Whataroa River in April when Dawson filmed segments for his rival's Olympic campaign footage.

Dawson is no robot manufactured via a sporting production line. He even wrote and sold his own cookbook in an effort to raise the $40,000 he needed to get to Rio.