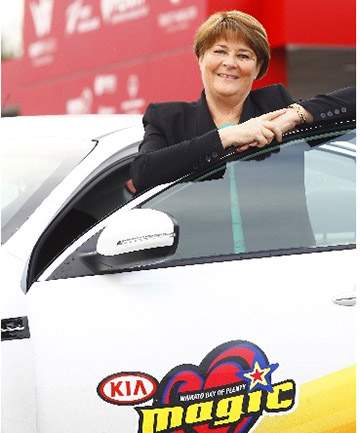 Fitzgerald is prepared to make exceptions for particular players in regards to the team's training regime in order for them to sign on with the Waikato-Bay of Plenty franchise for another season.

The Magic had previously held just two team trainings a week - on Wednesday evenings and Thursday mornings - chiefly so van Dyk could fly up from Wellington and stay just one night.

The 41-year-old had said she wasn't going to move to the region and would play elsewhere if Fitzgerald's regime required more out of her.

It's understood that where van Dyk went, long-time team-mates Laura Langman and Casey Kopua would try and follow.

Fellow Silver Fern Leana de Bruin had also expressed angst over whether her 36-year-old body would be able to handle the rigours of a more professional schedule.

But, while making her first visit from Sydney to meet up with players and management, Fitzgerald said her approach would be to do what's best for the players.

"I do accept the fact that some of these players are older with some added responsibilities and that we may have to do things a little bit differently here to some of the places where everybody's living in one spot and it's a lot easier to get together all the time," she said. "But I don't think that means that they have a lesser training regime than anyone else. I'm not entirely sure what mine will be yet but I certainly do have some ideas on how it might work.