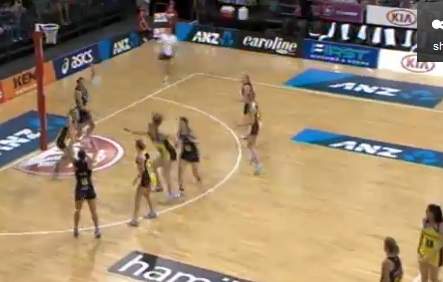 Waikato-Bay of Plenty Magic revived their flagging trans-Tasman netball league hopes with a 53-49 win over Central Pulse in Hamilton on Monday.

The win edged them up into fourth place on the ladder, bumping down Southern Steel to fifth by virtue of a superior goal difference.

The match see-sawed right down to the wire, but Magic goalkeeper Leana de Bruin snaffled a superb intercept with less than three minutes remaining for the key turnover which secured the game.

Both teams were coming off losses, and the game reflected that with some excellent through-court defensive work.

She was focused in her movements, timed her forays up-court infrequently and with far more effectiveness, and split the circle well with goal attack Ellen Halpenny.

But it was the seventh-placed Pulse who made all the early running, leading 15-11 at the end of the first quarter and 29-24 at halftime.

They played an intelligent game in their circle approach, utilising a fast and low feed into their shooters which kept the ball clear of long-reaching circle defenders de Bruin and Casey Kopua.

Caitlin Thwaites and gritty goal attack Donna Wilkins did an impressive job in converting the turnovers and, although the Magic surged back in the third quarter, the visitors led 39-38 going into the final stanza.

The Magic still had problems with their forward line making the circle edge, wing attack Jess Tuki in particular struggling for timing in her comeback from injury. But the introduction of Khao Watts at halftime provided extra impetus, and the Magic started to better utilise their turnover ball.

In the end, accuracy was less important than volume. The Magic shot at 85 per cent, sinking 53 of their 62 shots on goal while the Pulse were more efficient at 94 per cent, but only put up 52 shots.