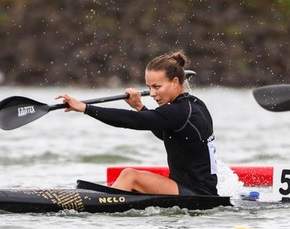 For Bay of Plenty paddler Carrington it reinforced her standing as the best female sprint racer in the sport.

She won the world gold in 2011 and backed that with her win at the London Olympics last year.

It also came a day after winning the bronze medal in the K1 500m discipline, which she has picked up with conspicuous success this year.

Carrington won five of the six World Cup titles over the two distances this year.