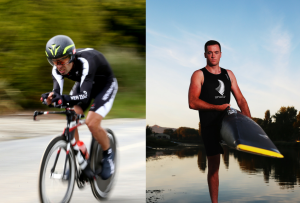 The team will be heading to the Rio 2016 Paralympic Games, beginning next Thursday (8 September NZST).

The addition of Para-Canoeist, Scott Martlew, and Bay of Plenty Para-Cyclist, Fraser Sharp, means that New Zealand will send 31 Para-Athletes and now contest of six Para-Sports.

The Selection Panel was convened this weekend, after the International Paralympic Committee (IPC) re-allocated a further two Para-Athlete slots to Paralympics New Zealand late last week. The re-allocation resulted from the IPC’s decision on 7 August to suspend the Russian National Paralympic Committee (NPC) and subsequently Russian Para-Athletes from the Rio 2016 Paralympic Games, a decision which was upheld last week by the Court of Arbitration for Sport (CAS).

Allan continued: “Earlier this year, Scott missed qualification for the Rio 2016 Paralympic Games by less than one second at the Para-Canoe World Championships. The Russian suspension has moved Scott within the qualification criteria, earning him qualification and allowing him to be selected. When the Para-Cycling team was selected in May, the panel was able to select two Para-Athletes into the two male slots available to New Zealand at the time. Fraser will be a strong addition to the team in this newly available third male slot.”

Scott Martlew, Para-Canoeist said: “I am incredibly excited about my selection to compete at the Rio 2016 Paralympic Games. This is the first time Para-Canoe has been included in the Paralympic Games competition schedule and it is great to be a part of history. I could not be more thrilled to have my dream of representing New Zealand become a reality in Rio.”

Fraser Sharp, Para-Cyclist said: “I am so happy to be selected to compete at the Rio 2016 Paralympic Games. This will be my first ever Paralympic Games, the pinnacle event for Para-Athletes. I will be wearing the silver fern with pride and riding my heart out for all New Zealanders.”

Mark Weatherall (CEO, Canoe Racing New Zealand), said: “It is a great credit to Scott, our high performance Para-Athlete for maintaining a full training schedule despite missing initial qualification in May. Rio has provided great success for our Olympic kayakers and the NZ Canoe Racing community will be cheering Scott on with the same enthusiasm as he takes to the water in Rio.”

The Rio 2016 Paralympic Games will run from 7-18 September 2016. The Games are the world’s largest multi-sport event for disabled athletes; over 4,350 athletes from 160 countries are expected to compete in 22 sports, with 528 medal events taking place.

The Rio 2016 Paralympic Games will be broadcast in New Zealand. Viewers can catch the action as it happens every day on TVNZ’s fully live streamed TV channel DUKE, together with extensive delayed and highlights coverage. Along with ONE News coverage, a special highlights programme will air every night on TV ONE and will be available online through TVNZ OnDemand and AttitudeLive.com. Further details https://www.tvnz.co.nz/tvnz-paralympics-schedule