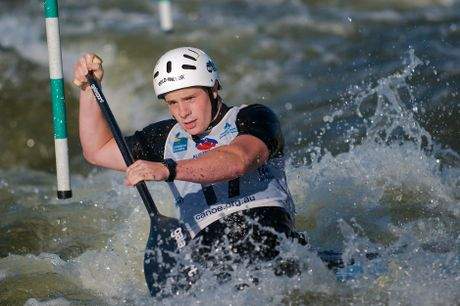 Tauranga paddler Ben Gibb was stunned last year when his Olympic dream was cruelly taken away from him just a few weeks out from the London Games.

The 21-year-old had his heart set on winning a medal when he got the cruelest news of all.

His Olympic dream was snatched away from him at the whim of administrators who changed the selection criteria and his place was given to another paddler.

Talking about it even all these months later is still an emotional thing for him.

"It was pretty disappointing because I had been guaranteed a place and was told I was going but then the International Federation changed their mind at the last minute and said I wasn't going anymore," said Gibb.

"They found like one line in 30 pages of rules about qualifying that changed everything. It just sucks."

Gibbs admits it took a while to get over the upset and says his coach Aaron Osbourne helped him through that dark period.

Now he is looking towards a positive future in the sport.

Gibb leaves for Prague late next month to train and compete in what is an expensive annual migration north.

But he knows it is essential if he is to reach that Olympic goal.

"I am flatting with one of the Czech paddlers and will go there to do the world cups and world champs.

"The competition over there is so good."

Gibb prefers the C1 category of kayaking, which he says relies more on technique than brute power.

"It is more about being efficient and having really good technique. The main difference is the type of paddle and how you are sitting in the boat. With the C1 you are kneeling and strapped in and you have half the paddle."

Gibb has been in commanding form, highlighted by his victory in the North Island Championships for Canoe Slalom.

He is hopeful of further success over Easter at the NZ Nationals to be held on the Tarawera River in Kawerau. The championships have attracted paddlers from all over New Zealand and 18 young Australians from their national talent squad.