Inspire kids to get active

Nagging children to be active and forcing them to take part in physical activity isn't effective. Instead we need to inspire our kids, explains recreation team leader Sonia Lynds.

It doesn’t take a rocket scientist to tell you that there are a lot of young people distracted by what life has to offer these days, resulting in less active children. This fact is reinforced to us on a daily basis in the work that we do at Sport Bay of Plenty. So our challenge is to get activity back to ‘top of mind’ as something that children and youth want to do, while it competes with some fun sedentary alternatives.

Funnily enough, nagging children to be active and forcing them to take part isn’t the best way forward in the long-term. We want children to experience the ‘fun’ and ‘happy’ endorphins associated with being active so that they’re keen to keep being active throughout their life. 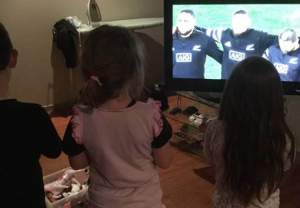 One of the best ways to motivate children to be active is for them to see the adults in their lives being active. That is not just them watching their sports role models on TV – although that does motivate some fantastic anthem singing pre-game. Instead it’s you, parents, who are the best motivators.

Parents being active, as well as getting involved in activities with your children, has a huge influence on kids. This can include supporting their formal sport, however some of the best ways to get active with your children are the impromptu fun opportunities. Some examples might be kicking the ball at the park, having a dance off, a treasure hunt or running along the beach while collecting shells and writing your names in the sand.

You won’t be surprised to hear that Sport Bay of Plenty is very supportive of activity. Every now and then we, like other workplaces, have social staff challenges between each other going on. The latest one is signing up to complete 30 kilometres of running or walking every week for four weeks. This 30k challenge has been a fantastic motivator. You wouldn’t believe how many walking meetings are suddenly being booked, as well as people walking and running to external meetings!

Today I had about 5 kilometres to go to complete this week’s challenge. I was also challenged with having three children on my watch for the weekend. I knew I had to make this work for everyone. So first of all it was a blat along the beach with the pooch, followed by some scooter riding kids and a walking/running puffing mum not far behind. The children weren’t aware that they were helping me complete my kilometres. They were having fun.

The children were also gaining some fantastic general life skills along the way such as being courteous on the footpath if pedestrians were also using this space, and crossing countless roads together, not to mention balance, speed and motor skill development. What’s one thing you could do this week to have fun while being active with your children?