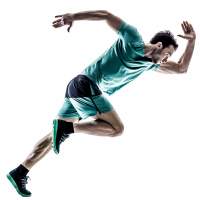 The innovative brain behind sports footwear company Nike is returning to his hometown of Tauranga for an inaugural week-long festival showcasing the work of the city's entrepreneurs and innovators.

Wade Flanagan will be a key speaker at Groundswell which aims to establish Tauranga as a national and international centre of excellence for innovation.

Let the line-up walk you through the ‘Head to Toe’ of sports performance innovation. Starting at the eyes and working their way down to the feet, this fascinating forum will feature four distinct perspectives from leading professionals in the world of sports innovation.

The event will be on Wednesday 9 August from 9am-2pm at the Adam’s Centre of High Performance, home to Bay of Plenty Rugby, New Zealand Rugby Sevens and as is visited by other national sports teams.

ALL ABOUT THE PANELISTS:

Peter McGlashan spent the last 20 years exploring opportunities and advancing ideas. Always seeing things from an unorthodox angle, his career path has included being a professional cricketer, a product designer, a shoe salesman, a campaigner against domestic violence, a radio commentator and television presenter. Each role has required a focus on innovation, always with the end result in mind.
As an athlete, Peter’s constant desire to improve pushed him to stand out from the pack and the experience now shapes his everyday decisions. A former Northern Knights player, Peter holds a world record for most catches in a match which he won whilst wearing a prototype glove he developed himself.. which he’s still not sure was actually legal.

Exercise physiologist and nutritional scientist, Stacy Sims, MSC, PhD, is a Senior Research Fellow at Waikato University's Adams High Performance Centre. Her research delves into the sex differences of heat and altitude stress, recovery, genetics and nutrition in order to moderate adaptive responses for performance. Stacy applies her research to the practice of some of New Zealand’s top elite athletes.
She examines cooling and heat strategies, hydration practices and nutrition to improve sports performance and overall health. She modifies elite athletic practices to help obese and sedentary individuals improve exercise tolerance and clinical outcomes. Stacy is touted with creating the new sports nutrition niche of low carbohydrate electrolyte functional hydration. She is the author of ROAR, a comprehensive, physiology-based nutrition and training guide for active women.

Originally from Tauranga, Wade Flanagan, now works as an innovation developer in Nike HQ’s prestigious innovation kitchen. A mechanical engineer with a Masters of Engineering in Management, Wade worked as a design engineer in Nelson before heading overseas where he started an innovative fresh flower delivery business in Portland, Oregan. He worked as a project manager at leading global railcar manufacturer, The Greenbrier Companies, before eventually moving to his current role at Nike. For Wade, maintaining a rich pipeline of innovations to fuel a multi-billion-dollar sports business can only be described as a childhood dream come true.

The Eyes: To be announced

The final speaker will focus on eyes and will be announced shortly.