How much TV are we watching? 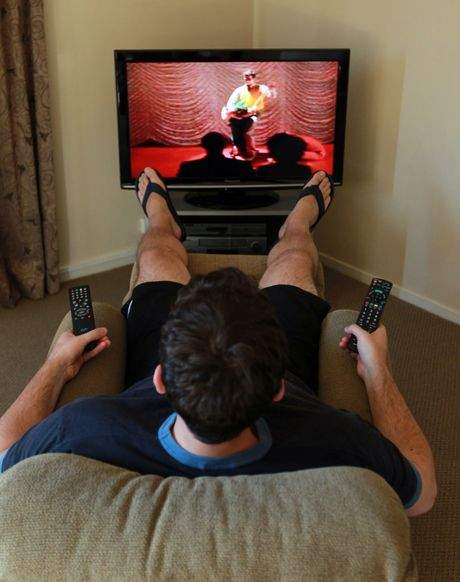 Watching TV while surfing the internet or lying in bed are popular activities for square-eyed Rotorua residents, new figures reveal.

A new survey, which polled 4300 Kiwis on their TV watching habits, shows 57 per cent of respondents from the Bay of Plenty including Rotorua spend more than 10 hours watching TV each week.

Fifty-six per cent said they combined TV watching with surfing the net, and about 40 per cent reported they enjoyed TV while in bed.

The survey follows new research which found high numbers of Kiwi kids missed out on sleep and underperformed at school - with principals saying technology use could be to blame.

Sport Bay of Plenty is also warning that too much "screen time" for children could be detrimental to their development.

"This inactivity has an impact on the ability of children to develop the basic movement skills they need to play sport, for example."

Nationally, more than half of those surveyed spent more than 10 hours each week watching television.

This dropped to less than 50 per cent for Auckland.

Freeview general manager Sam Irvine said while city dwellers reported watching less TV, they were more likely to be "double screening" or browsing the internet when in front of the box.

"The survey shows 64 per cent of viewers in Auckland, Wellington and Christchurch regularly browse the web while watching TV, compared to 56 per cent of those living in the regions."

Bed-time viewing was less popular, with about 43 per cent of respondents saying they watched TV in bed.

International research from Boston College, which tested 900,000 children in 50 countries, found 69 per cent of Kiwi 9 and 10 year olds, and 62 per cent of 13 and 14 year olds were identified by teachers as being adversely affected by insufficient sleep.

While the research did not examine why children lacked sleep, Principals' Federation president Philip Harding said increased technology use in the home could be a factor.

"Light [from electronic screens] suppresses the development of melatonin, which helps you go to sleep.

"Today kids and adults sit and watch television on a big flat screen and they've got computers," he said.

"They are doing the exact opposite of what they need to be doing to get to sleep.".