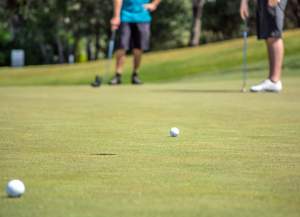 Places are filling up fast for a new event on the golfing calendar, the Trident Homes New Zealand Long Drive Championships 2017.

The event is held in Tauranga on Saturday 20 May for the North Island Champs and Saturday 27 May at Clearwater Golf Resort, Christchurch, for the South Island Championships.

All that’s required is the ability to hit a golf ball a long way. It’s about power and distance with an all-expenses trip to the United States and a chance at some big prize money for the overall winner.

The victorious long driver will then represent New Zealand at the Volvik World Long Drive Championship in, Oklahoma, USA in late August, early September where a total prize pool of US $270,000 is up for grabs including US $125,000 for the winner. The event is shown around the world on NBC’s Golf Channel.

Just about anyone can enter the North and South Island Champs as long as they are over 18 years of age, available on the required dates, a New Zealand resident and being able to beat your mates and rivals at hitting the ball long.

It’s a great opportunity to challenge friends and workmates and make a weekend of it. There will be prize packs, good camaraderie, the opportunity to be the best in your country and of course the chance to fly to the United States and take on the world.

Event director Olna Ford says spaces are filling up fast, with a real variety of competitors - from weekend golfers through to those who think they have what it takes.

"The site for the North Island champs at a large expanse of land at a new residential area thanks to Bluehaven Management, Golden Sands at Papamoa Beach is going to look great. The South Island champs are at the Clearwater Golf Resort is also an ideal venue with several holes ready for big hitters. The winning spot in world champs in the United States is very sought after."

In addition to the Trident Homes New Zealand Long Drive Championships, an international long drive event will be held in November at the Remuera Golf Course in Auckland with around a dozen nations set to be represented playing for an international prize purse.