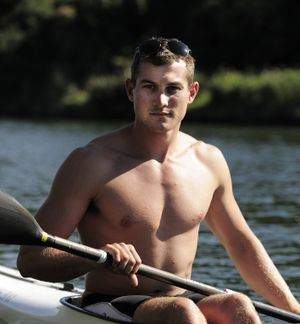 Tauranga is on the shortlist to become home to a high-performance centre for New Zealand flat-water canoe racing.

The sport's medal haul at the London Olympics has seen the Government earmark $1 million to be spent on establishing a high-performance centre for canoeing.

The announcement that the Wairoa River was in contention for what would be the city's first sporting national performance centre was made yesterday by Bay of Plenty Canoe Club spokesman Terry Newlands.

Mr Newlands succeeded in persuading the city council to commit itself to working with the club to establish a permanent home for the sport on the Wairoa River.

Peter Dale, the consultant who will recommend which stretch of water should become the sport's high-performance centre, told the Bay of Plenty Times that Auckland, Cambridge, Tauranga and Rotorua were in contention.

"The Wairoa River has a lot going for it," he said.

Three spots along the river were in the mix for the sport's new home, all of which were regarded by Mr Dale as good locations for time-trial courses of up to 1000 metres.

A major advantage of the river was that it was very sheltered, with no water movement for 40 minutes around high and low tides.

The three locations were off Taniwha Place near the Wairoa Bridge on State Highway 2; at the bottom of the council's Parau Farms property which goes down to the water's edge near the southern end of Taniwha Place; and at the end of Miles Lane off Cambridge Rd.

Mr Newlands said the club had been without a home since it was founded in 2003. It wanted to lease reserve land, either from the council for the two upstream options, or from the New Zealand Transport Agency for the site closest to the bridge.

Mayor Stuart Crosby reflected the feeling of the council when he said: "We would like to work with you to make it happen somewhere on the Wairoa River."

However, councillor Terry Molloy cautioned that the intersection of Taniwha Place and State Highway 2 was an "absolute shocker" and Miles Lane would have better access.

If Tauranga was chosen by Canoe Racing New Zealand (CRNZ) and High Performance Sport New Zealand, it would be at the centre of high-performance sports centres with rowing and cycling at Cambridge and mountain biking at the Redwoods in Rotorua.

Mr Newlands said that if the Wairoa River was not chosen, the club would still want to continue with its project, albeit on a more modest scale. Plans for the 400sq m high-performance centre include boat storage, showers, toilets, kitchen, lounge and offices.

A report covering the implications of the proposal on council reserve-management plans and its city plan would be brought back to the council.

Canoeing's high-performance programme would involve up to 20 senior athletes and coaches based at the centre from October to June each year before they embarked on overseas championships. It would then be used by junior athletes.

The other contenders for the performance centre are Rotorua's Blue Lake, Lake Karapiro, and Lake Pupuke on Auckland's North Shore.

The recommendation on the preferred venue will be made to CRNZ within the next 10 days.