We've got an exciting line-up of leading sports professionals at the BOP Sport Forum on June 23 to discuss ways to support women and girls in sport. Find out who's speaking and who's on the Q+A panel. 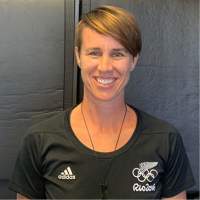 After working as a sports physiotherapist overseas with Irish Athletics and the Portuguese Men's Sevens, Jacinta Horan settled in Tauranga with her family where she is now the Director and Lead Sports Physiotherapist at Bureta Physiotherapy, Otumoetai.

Jacinta has spent the last 11 years in high performance sport in New Zealand, primarily with the Women’s Sevens and 15s as well as NZ Junior Athletics, surf lifesaving and waterpolo. She is enjoying her time working with the Bay of Plenty sporting community as well as her upcoming high performance sport roles at the World University Games and the 2020 Tokyo Olympics.

She is also excited about her role with WHISPA (Womens' Health in Sport - a Performance Advantage). This is a high performance multidisciplinary working group under High Performance Sport New Zealand that is focused on how to maximise performance in the development of elite female athletes. 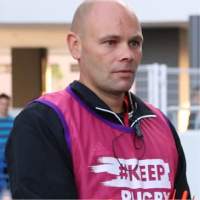 Cory Sweeney is a assistant coach of the Black Ferns Sevens. Cory will be joining us on the Q+A panel and will no doubt have some unique insights into how to foster a great environment for female athletes. 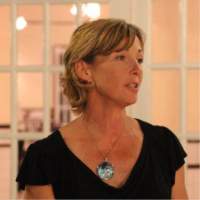 Mariane Wray completed training in industrial & organisational psychology and has been a registered psychologist since 2001. As a military psychologist with the Royal New Zealand Navy, Mariane has a diverse and varied background and range of experiences, including specialisation in performance coaching and mentoring and mental skills development

Mariane is also a Certified Personal Trainer (American Council of Exercise), Fitness Nutrition Specialist and Youth Fitness Specialist, and has experience working with both adults and children. Mariane will be providing a valuable insight at the forum into the science of the mind in sporting contexts. 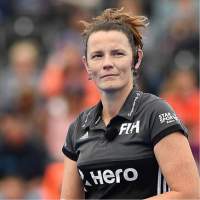 Kelly is an international hockey umpire who was selected to officiate at the semi-final of the 2018 Women’s Hockey World Cup, and the final of the Asia Games in Jakarta. Kelly was also named female umpire of the tournament at the 2018 National Hockey League competition. Kelly will be joining Cory Sweeney and Belinda Muller on the Q+A panel to discuss her sporting career and rise to the top. 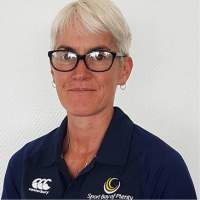 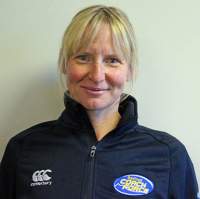 Trudi has been involved in netball since 1987. She began coaching at school level in 2007 and has coached netball, hockey, beach volleyball and athletics. In 2012 Trudi was appointed assistant coach for the UK National Netball Club.

The BOP Sport Forum is on Sunday 23 June, 9am to 3pm at Trustpower Arena, Tauranga.

Hosted by Sport Bay of Plenty and Bureta Physiotherapy, the forum is an opportunity for coaches, athletes, officials, team managers and parents to learn how the top teams and coaches create a positive sporting environment that helps women and girls succeed.

Get tickets to the BOP Sport Forum