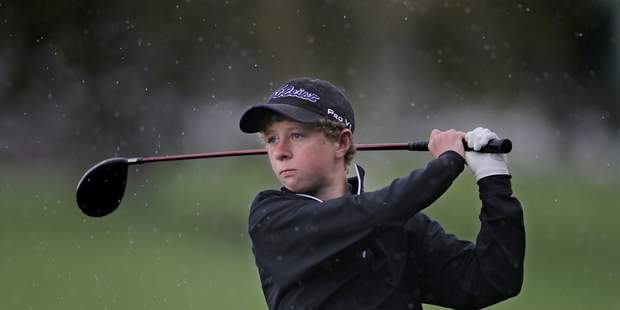 The Junior Kaimai Classic 2014 for under-19 golfers was held at the Omanu and Mount Maunganui Golf Clubs last week.

The 72 boys and 13 girls representing 33 clubs played 36 holes at Mount Maunganui on Thursday and 36 holes at Omanu on Friday.

The men's final day was a thriller with Te Puke players Jin Hwang and Harry Hillier shooting outstanding scores at Omanu to battle out for the title.

Hwang started the final round with a healthy three-shot lead over Mount's Bailey Smith but 14-year-old Hillier played sublime golf to be six under through the first 9 holes to close to just two shots behind Hwang.

So with three holes left, Hwan led by two and he eventually won by three shots after Hillier bogeyed the last.