First round of BayTrust Scholarship recipients selected for 2018 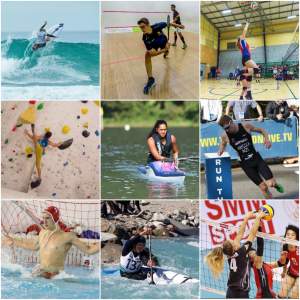 Nearly 30 Bay of Plenty sports people, from a variety of different sporting codes, are the recipients of the first round of BayTrust Athlete, Coach and Official scholarships for 2018.

The BayTrust Scholarships are funded from contributions to Sport Bay of Plenty’s CoachForce programme. The aim is to support and assist Bay of Plenty sporting talent to achieve on the international stage and allows coaches and officials to develop new skills that can benefit the sporting community.

Of the 50 applications received, 21 athletes, seven coaches and one official were selected for scholarships, and Sport Bay of Plenty Community Coaching Advisor Shan Jensen-Loach says the team are “really pleased” with the number of applications – particularly with the inclusion of officials for the first time this year.

Official Joanne Miller (surf lifesaving) is the inaugural Officials Scholarship recipient, while judo, golf, squash and taekwondo are represented in the Coach Scholarships.

When it comes to the selection process, meeting the criteria is a crucial first step, says Shan.

Shan adds many of the applicants who were declined this round were not for a lack of skill or talent, but because they did not meet the eligibility criteria firstly.

At its simplest, Athlete Scholarship applications are open to any young athlete from the Bay of Plenty aged 16-23 years, who has achieved national representation at their sport, to compete internationally, and reside permanently in the Bay of Plenty Region.

The Coach and Official Scholarships are for coaches and officials currently coaching and officiating at a recognised and endorsed level, residing in the Bay of Plenty region and the development opportunity should have a significant impact on, or be able to be passed onto, their respective community.

Full details around scholarship applications for the second round for 2018 will become available on the Sport Bay of Plenty website from September. Click here for details.