Thirty six sportspeople, from a variety of different codes, are the recipients of the first round of BayTrust Athlete, Coach and Official scholarships for 2019.

The BayTrust Scholarships are funded from contributions to Sport Bay of Plenty’s CoachForce programme. The aim is to support Bay of Plenty sporting talent to achieve on the international stage, and a coaches and enable officials to develop new skills that can benefit the sporting community. 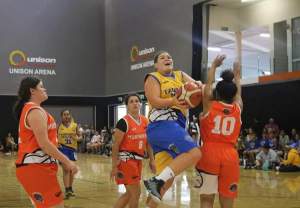 Of the 43 applications received, 19 athletes and 17 coaches were selected for scholarships. Sport Bay of Plenty’s youth sport systems advisor Belinda Muller says the team are pleased to see a variety of applications for the first scholarship round in 2019.

“There was a real cross-section of sports covered in this round including everything from canoe slalom and volleyball, to Muay Thai boxing.

“The range of sports demonstrates the depth of talent we have in the region. It’s great to be able to foster the talent of these athletes by helping them compete internationally, and to encourage the development of local coaches to ensure we have a strong local sport system that supports participation and emerging talent.”

Athlete scholarship applications are open to any young athlete residing permanently in the Bay of Plenty aged 16-23 years who has achieved national representation at their sport. The aim of the scholarships are to help the athletes compete internationally.

The coach and official scholarships are for coaches and officials residing in the Bay of Plenty that are currently coaching and officiating at a recognised and endorsed level. The scholarships support development opportunities that will have a significant impact on the coach or officials respective sporting communities.

A second scholarship round will open September 2019. Details will be available on the Sport Bay of Plenty website.

Charlie Bell, (Tauranga) – Canoe Slalom
In January Charlie competed in the NZ Open where he placed first in the U18 C1 men’s canoe slalom. Charlie then went on to compete in the Oceania Champs in the U18 C1 men’s finishing in fifth place. In June 2019 Charlie will travel to Poland and Germany to compete in the Krakow Majors Cup and the Augsberg Junior ECA Cup in preparation for the ICF Junior Canoe Slalom Worlds which are being held in Poland in July.

Luke Chuter, (Tauranga) – Volleyball
In 2018 Luke captained the NZ U17 Volleyball Youth Team who competed in the Asian Champs in Iran where the team finished 14th. This year Luke has been selected in the NZL Junior Men’s volleyball team who are competing in the USA High Performance Champs in Florida in July.

Jack Dangen, (Tauranga) – Canoe Slalom
In January 2019 Jack competed at the 2019 Mangahao Open and NZ Open in the K1 Men’s Individual where he placed third and sixth and was selected to compete for NZ at the World Cup U23 & Junior Championships in Krakow, Poland in July.

Makaylah Daysh, (Tauranga) – Basketball
In January 2019 Makaylah played for the Tauranga Moana Wahine Basketball Team who competed at the Māori Nationals where they won first place and became the national champs. From this tournament Makaylah was selected to play for the 2019 NZ Māori Women’s Basketball Team. This team competed in the Indigenous World Games in Porirua in March of this year and will also compete in a Trans-Tasman competition in Australia in August.

Lachlan Haycock, (Tauranga) – Triathlon
In March 2019 Lachlan travelled to Devonport, Tasmania to compete in the OTU Junior Sprint Oceania Triathlon. Lachlan finished second in the Male U19 race and gained a qualifying spot to the Junior Elite World Triathlon Championships which will be held in Lausanne, Switzerland in August this year. Lachlan is also competing in the OTU Elite Sprint American Triathlon Continental Cup in Canada in June-July.

Yuuma Kohori, (Pāpāmoa) – Kickboxing
Following his title fight in September 2018 where he became the WKA U67 title holder, Yuuma was invited to be part of the 2019 New Zealand team competing in the International Thailand Martial Arts Games and Festival in March.

Amanda Lowry, (Tauranga) – Swimming & Wheelchair Rugby
Amanda is a member of the NZ Paralympic Development Squad for swimming, and is also a member of the Wheel Blacks Rugby Team. Amanda’s goal is to qualify for the Para Swimming World Champs in August of this year and to compete at the Paralympics in Tokyo in 2020.

Caitlin Maurice, (Omokoroa) – Golf
In 2018 Caitlin finished first in the Waikato Age Group Championships and also the Bay of Plenty Age Group Championships. In August 2019 Cailtin will travel to Queensland where she will compete in the Queensland Women’s Stroke Play Tournament. October and December will see Caitlin compete in the New Zealand Match Play tournament in Auckland, the Charles Tour in Christchurch and the Annika Sorenstam invitational tournament in Wellington.

Oliver Puchner, (Te Puke) – Canoe Slalom
In January Charlie competed in the NZ Open where he finished second in the U18 C1 Men’s Canoe Slalom and fourth in the U18 K1. Oliver then went on to compete in the Oceania Champs (Sydney) in the U18 K1 Men’s finishing in first place and taking away the Oceania Champion Trophy for U18 K1. In June Oliver will travel to Poland, Italy, Slovenia, Austria and Germany to compete in the Krakow Majors Cup and the Augsberg Junior ECA Cup in preparation for the ICF Junior Canoe Slalom Worlds which are being held in Poland in July.

Fraser Sharp, (Tauranga) – Para Cycling
2019 is a big year for Fraser Sharp. This month he is competing in the C1 Para Cycling Champs in Rangiora and the NZ Nationals in Timaru. Following these two events Fraser will travel to Italy and Belgium to compete in two Para Cycling World Cup events. In September Fraser will compete in the UCI Para World Championships in the Netherlands.

Elin Tawharu, (Mt Maunganui) – Surfing
As a member of the NZ Open Surf Team Elin competed in the ISA Open Surfing World Championships in Tahara, Japan in September 2018. Elin placed 22nd in the Open Women. She was the second youngest competitior with the highest finish. Elin placed second in the NZ rankings. From January to April this year Elin competed in the World Surfing League Women’s Qualifying Series in Australia which consisted of six events. Elin’s goal is to be named in the team who will travel to the ISA World Open Surfing Championships in Brazil in September.

Glenn Templeton, (Katikati) – Squash
As part of the NZ Squash team Glenn travelled to Canada and the US in December 2018 where he competed in the Canadian Junior Open and the USA Junior Open. In the Canadian Open Glenn finished 13th out of 64 competitors and in the USA Open he finished 38th out of 128 competitors. Glenn has been named in the NZ Development Team who will compete in the Penang International Junior Tournament in Malaysia in July. Following the Penang tournament Glenn will compete in the World Junior Individual Championships in Kuala Lumpur.

The following coaches working within athletics, cricket, rugby, rugby league, basketball, netball, swimming, rowing, Judo and wheelchair rugby received scholarships to support their ongoing development. From obtaining formal qualifications, attending workshops and upskilling themselves with mentoring opportunities, they will be able to make a significant impact on their respective sporting communities.