Finalists announced for the 2017 Bay of Plenty Sports Awards 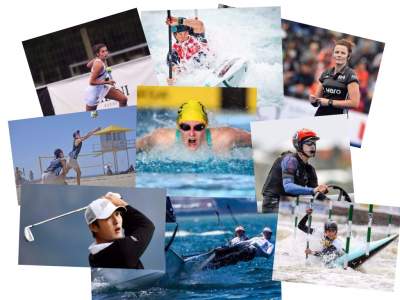 First-time nominees and veteran award-winners are among the near 80 individual finalists and teams selected in this year’s 2017 Bay of Plenty Sports Awards, hosted by Sport Bay of Plenty.

Held since 1969, the annual event has a long and prestigious history in the region, and recognises all aspects of sport from clubs and teams, to administrators, coaches and officials, alongside individual athletes who are at the top of their codes nationally and internationally.

Over 130 nominations were received for the 18 categories, which include the top honours of Sportsman and Sportswoman of the Year.

The finalists and winners for the Service to Sport and Secondary School Service to Sport awards, which recognise an individual for their significant contribution to sport or school sport, will be announced on the night.

Sport Bay of Plenty Sport Manager Megan Cleverley says selecting the finalists was a tough decision for this year’s judges, with so many notable achievements coming out of the Bay of Plenty sporting community.

“While it’s a tough position to be in, we’re so fortunate to have so much talent and passion in the region – not just from our athletes, but also our avid supporters behind the scenes. The Sports Awards are about celebrating this sporting excellence in the community, and saying ‘thank you’ to those who help make this success possible.”

Megan notes that the nominations came from far and wide across the Bay of Plenty, and adds that she and the judges were thrilled to see such a large number of nominations from a variety of sports, such as rugby, cricket, taekwondo, surfing, motorsport and downhill mountain biking.

“One aspect of the awards which we pride ourselves on is recognising all avenues of sport, including a variety of codes, and year-on-year this number seems to increase.

“On behalf of Sport Bay of Plenty, thank you to all those who took the time to put forward their nominations and congratulations to all our nominees and finalists. We look forward to the event in November – it’s always a great night and an opportunity for the community to connect.”

As part of the lead-in to the event on Friday, November 24 at the Energy Events Centre, Rotorua, Sport Bay of Plenty is running The Hits People’s Choice Award and Listen to Win with Radio Sport.

Keep an eye on the Sport Bay of Plenty Facebook page for details in the weeks to come for ways to win with the Sports Awards!

Tickets to the 2017 Bay of Plenty Sports Awards are now on sale. For more information, full details of the event and to buy tickets, click here.