Forty six sportspeople, from a variety of different codes, are the recipients of the final round of BayTrust Athlete, Coach and Official scholarships for 2018.

The BayTrust Scholarships are funded from contributions to Sport Bay of Plenty’s CoachForce programme. The aim is to support and assist Bay of Plenty sporting talent to achieve on the international stage, and allows coaches and officials to develop new skills that can benefit the sporting community.

Of the 51 applications received, 20 athletes, 24 coaches and two officials were selected for scholarships. Sport Bay of Plenty’s youth sport systems advisor Belinda Muller says the team were very pleased with the number and standard of applications.

“There’s a great deal of talent across the Bay of Plenty, and the calibre of scholarship applications for this final round was impressive. It’s always great to see these talented individuals grow and explore new opportunities as a result of the support from the BayTrust scholarships.” 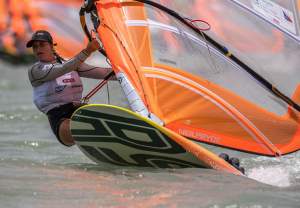 Athlete scholarship applications are open to any young athlete residing permanently in the Bay of Plenty aged 16-23 years who has achieved national representation at their sport. The aim of the scholarship is to help the athletes compete internationally.

The coach and official scholarships are for coaches and officials residing in the Bay of Plenty that are currently coaching and officiating at a recognised and endorsed level. The scholarship seeks to support development opportunities that will have a significant impact on their respective sporting communities.

Full details around scholarship applications for the 2019 March round will become available on the Sport Bay of Plenty website (www.sportbop.co.nz) from February 2019.

Final round of 2018 BayTrust scholarship recipients:

Finn Anderson, (Papamoa) – Canoe Slalom
Finn recently represented NZ Canoe Slalom at the Youth Olympics in Argentina. Finn finished second collecting a Silver Medal. In 2019 Finn will travel to Australia and Europe to compete in the Australian Nationals and the Junior World Cup and World Champs.

Tessa Bradley, (Katikati) – Surf Lifesaving
In April Tessa was named in the NZ Youth Surf Life Saving Youth Team (Junior Black Fins) who will be competing in Adelaide this month. In September Tessa competed in the Northern Region Surf Lifesaving Pool Champs where she finished first U19 Female individuals.

Daniel Cossey, (Tauranga) – Taekwon-Do
As a member of the Midlands Team, Daniel competed in the National/Oceania Taekwon-Do tournament in Wellington in July this year. Daniel won Gold in the individual under 68kg sparring division, Gold in the individual techniques division, silver in the team special techniques and bronze in team sparring. From this tournament he was selected as a member of the NZ Taekwon-Do Team (Hwa Rang Taewkon-Do) who competed in the Taekwon-Do World Cup in Australia in September.

Mitch Cowdrey, (Tauranga) – Surf Life Saving
Mitch was a member of NZ Youth Team (Junior Black Fins) who competed at the DHL International Rescue Challenge which was attended by NZ, Australia, Great Britain, USA, South Africa, Japan and Canada. Mitch was the top overall paddler across three test matches at this event. Mitch has been selected to represent NZ in the NZ Surf Life Saving Youth Team in Adelaide in November

Jack Egan, (Tauranga) – Canoe Slalom
In July 2018 Jack attended the Junior and U23 World Canoe Slalom Championships as a member of the Junior NZ Team. Jack finished second in the C1Man U18 category. Jack was also a member of the Senior NZ Team at the World Cup 3 in July where he finished first NZ C1M in the Open Class. Jack has been selected to attend the Junior World Championships (Poland), Australian Open (Penrith) and the Oceania’s (Penrith) in 2019.

Tynealle Fitzgerald, (Opotiki/Mt Maunganui) – Rugby Sevens
Tynealle also plays both 7s and 15s rugby. She played for the BOP Volcanix in 2017 and 2018 and also the BOP Womens 7s Team. Tynealle was selected as a member of the NZ U18 Girls 7s team who won the Oceania Sevens Tournament. She was also a member of the Gold medal winning Youth Olympics Team who competed in Argentina. Tynealle was selected for the Ignite 7s programme in Auckland in November and will also be a member of the 2019 BOP Womens Academy High Performance programme.

Shane Kraus, (Tauranga) – Surfing
Shane finished second in the U18 Billabong Grom Series Event (NZ National Junior Surfing Series Event) and from this was chosen as one of three U18 boys to represent NZ this year in the ISA World Junior Surfing Championships in California. Shane would like to represent NZ in Surfing at the Olympics and eventually make the WSL World Surfing Tour.

Eva Morris, (Papamoa) – Synchronised Swimming
Eva is a member of the NZ Synchronised Swimming team and is attending a number of events in 2018/19. Her first event is in Buenos Aires in November where she will be competing in the team and solo events at the 2018 Argentinian Open. From there Eva will travel to Rio De Janeiro where she will compete again in the team and solo events at the Brazil Open. Eva hopes to qualify for the FINA World Championships in Korea in July 2019. Eva was a finalist for the Junior Sportswoman of the Year at the 2018 Bay of Plenty Sports Awards.

Kelly Nathan, (Mt Maunganui) – Swimming-Special Olympics
Kelly is an accomplished swimmer and skier. He has competed in Special Olympics events in both sports. In 2018 Kelly placed 3rd in the Giant Slalom at the Nationals at Cardrona. Kelly has been selected as a member of the NZ Special Olympics Swim Team who will be competing in the World Games in Abu Dhabi in March 2019. Kelly’s events are freestyle, backstroke and relay.

Deborah Paine, (Tauranga) – Road Cycling
In the summer of 2018/2019 Deborah is looking to compete in a number of international events. She will compete as in individual in the UCI one day races, Criteriums and Stage races in America and also as a member of the NZ U23 Development Team she will race in the Tour of Bright, Tour Down Under and Cadel Evans road races in Australia. Deborah’s goal for 2019 is to find a professional team to ride for. She has had a taste of what that is like this year and is keen for more. Deborah’s goals are to race at the World Championships, Commonwealth Games, and ultimately the Olympics.

Isobel Pettit, (Tauranga) – Synchronised Swimming
Isobel competes in Suchronised Swimming in both the duet and teams events. In November and December of this year as a member of the New Zealand Team Isobel will travel to South America to compete in the Argentinian and Brazil Opens. Isobel’s goal is to be a swimmer in the NZ Team who compete at the 2024 Olympics.

Veerle ten Have, (Tauranga) – Wind Surfing
Veerle competed in a number of international events in 2018 which culminated in her competing at the Youth Olympics in Argentina in September. Earlier in the year Veerle placed 2nd in the RS:X 8.5 event at the Youth Sailing Worlds at Corpus Christi in the US. In 2019 Veerle will travel to Japan, Holland, Italy and Germany for the World Cup Series. Veerle has set her sights on qualifying in the RS:X class and representing NZ at the 2020 Olympic Games in Tokyo. Veerle was a finalist for the Junior Sportswoman of the Year at the 2018 Bay of Plenty Sports Awards.

Eden Worsley, (Tauranga) – Synchronised Swimming
Eden is a member of the NZ National Synchronised Swimming Team who have travelled to South America for the Argentinian and Brazilian Opens in November and December. Eden competes in both the duet and team events. In 2019 Eden aims to qualify for the NZ National team who will be competing in Qwangju, Korea in July. Eden’s ultimate goal is to represent NZ at the 2020 Oympic Games in Tokyo. Eden was a finalist for the Secondary School Sportswoman of the Year at the 2018 Bay of Plenty Sports Awards.

The following coaches and officials working within athletics, cricket, rugby, rugby league, basketball, football, futsal and rowing have received ccholarships to support their ongoing development. From obtaining formal qualifications, attending workshops and upskilling themselves with mentoring opportunities, they will be able to make a significant impact on their respective sporting communities.