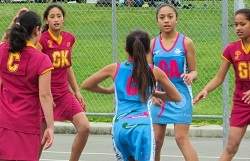 Four Whakatane venues again played hosts to another awesome event for Eastern Bay of Plenty primary school children today. Around 550 children participated from throughout the region. There was a great mix of winners this year enabling trophies to go to most parts of the Eastern Bay.

In the football, St Joseph’s Whakatane took on a talented Ohope Beach team to claim the championship by three goals to two and win the Year 5&6 grade.

Thanks to all our helpers and especially our officials and coordinators.