Dodd Sets Sights on the Future 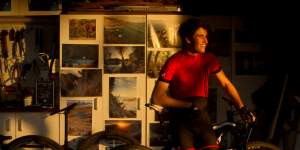 Mountain bike rider Hamish Dodd blitzed the field in each of the three mid-distance races in this year's Rotorua Winter MTB Series.

Winning all three races by margins of between four and five minutes has him marked as something special.

His potential has now been recognised with a major sponsorship deal and an ambassadorship with The Coffee Club, backers of the mid-distance race series.

Winter series event manager Tim Farmer said Dodd had ''smashed everybody out of the park'' in the series.

The sponsorship includes race kit, paid entry to events, including next year's winter series and food.

Apart from regular training, Dodd said there was no secret to him doing so well in the series.

''I train quite often and I get very efficient training with my coach, Oliver Shaw.

I've been working with him for about two years,'' said Dodd.

That's about the same time he has been riding competitively.

''I've been mountain biking since I was about 6, but just recreationally. Then I got into the cross country side of things a few years back.''

Since then it's been a goal setting exercise.