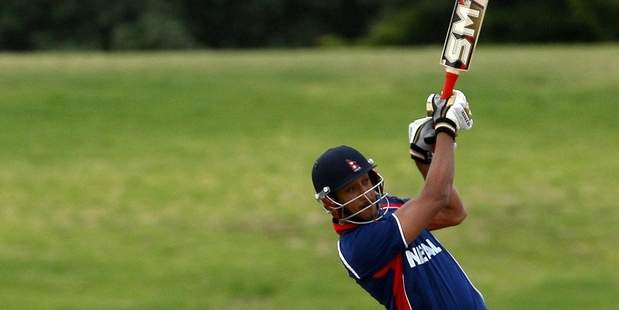 While the start was delayed in the two ICC Cricket World Cup Qualifier 2014 playoff games at the Bay Oval, Mount Maunganui, yesterday, play got under way before noon.

The Netherlands, who were desperate for victory in order to keep their ICC World Cup League standing, won the toss and put Nepal in to bat.

The Dutch bowlers took early control of the match and had Nepal in real trouble at 54 for 5, before No6 batsman Sharad Vesawka set out to rescue his side. A patient knock was rewarded with his team's top score of 42 off 90 balls. When Vesawka was removed, Nepal had posted a score of 171 for 9.

Despite losing opener Stephan Myburgh for five runs, the Dutch cruised home to victory. The other Dutch opener, Eric Szwarczynski, smacked his side's highest score of 56, with New Zealand-born skipper Peter Borren there at the end of the seven-wicket win with an unbeaten 45.