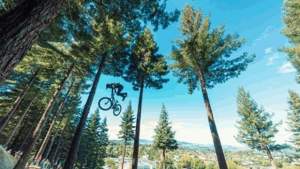 Organisers of the Crankworx World Tour can confirm the festival will run March 25 – April 2, 2017.

Two weeks later than the dates for 2016, and a full nine days in length, the festival is expected to transform the first few weeks of fall in Rotorua to make mountain biking the focal point of the season.

“Having nine days of Crankworx Rotorua in 2017 is massive. We will still have five days of ticketed operations on site at Skyline, but the extra four days of activities allows us to spread the festival across town over a longer duration. This gives our community more opportunities to rub shoulders and ride alongside the world’s best. It’s going to be a blast,” says Tak Mutu, event organiser.