Changes for Sport BOP Board 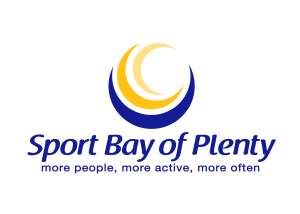 As Sport Bay of Plenty edges closer to its 30th anniversary, changes at the helm of the Board of Trustees have been confirmed.

The trust came into effect in 1987, with a goal of the Bay of Plenty to be the most active region in the country and continues to work towards making this happen through More People, More Active, More Often. Sport Bay of Plenty is ably led by a board of trustees from a geographical spread across the Bay of Plenty.

The Chairman of the Board is Grant Utteridge who earlier this year signaled his resignation after nine years at the helm. Grant has been a leader who not only provided great governance and leadership, but lead the way through his own active participation in sport and recreation, recently competing at the ITU World Triathlon Champs in Mexico.

Sport Bay of Plenty CEO Heidi Lichtwark comments “Grant will be greatly missed; over the past nine years he has made a huge contribution to Sport BOP governance. His calm and considered approach to all situations has provided both stability and direction to the organisation. Grant has shown his commitment to sport governance in many formal and informal ways – he always walks the talk; and is an inspiration to the Sport Bay of Plenty board and employees. As CEO, his ability to both support and challenge me in equal measure has provided a guiding light for leadership. A truly dedicated person!”

Mr. Utteridge stepped down last month as the new chairperson Mr. Paul Wollaston was confirmed in the role. Wollaston has been a trustee for the past six years, alongside his full time position as the Director Finance & Corporate Services at Waiariki Bay of Plenty Polytechnic, residing in Rotorua. As an active sportsman Paul values the need to bring a greater awareness of good health through physical activity, and enabling those opportunities to be available to the Bay of Plenty community. Lichtwark comments “Sport BOP is thrilled that a long standing board member, accountant and experienced business professional has become the new Chair of the board. Paul has demonstrated his commitment to quality governance over the past 6 years and we look forward to his leadership.”

As well as the change in the chairperson role, after 9 years of service to the board, dentist Paul Owen from Opotiki has also retired from the board. Paul had many years of sports governance experience and a wealth of knowledge of sport in the Bay of Plenty. His exit left a space for a new experience from the Eastern Bay of Plenty to join the board.

Two new trustees have joined the Board.

Vaughan Bidois, lives in Tauranga but works in Whakatane as a Senior Lecturer and researcher for Te Whare Wānanga o Awanuiārangi. Vaughan is currently conducting a scoping project that is wanting to look at the contribution of sport to the health and wellbeing of Indigenous communities in both Australia and New Zealand. Vaughan believes that sports clubs play an important role in shaping positive and productive communities and have a significant impact on the wellbeing and cohesion of all sectors of our society. Vaughan comments “I am extremely humbled to be a part of a talented group of Board members, and look forward to contributing to the goals and aspirations of Sport Bay of Plenty.”

Rawinia Kamau, from Ohope is our second new trustee. Rawinia is closely connected to the community through her role as Eastern Bay Energy Trust Trust Manager. Rawinia has almost two decades of governance experience across a range of sectors ranging from the Chamber of Commerce and Iwi Trusts through to Credit Union and Scholarship trusts. “I am pleased to be a part of the Sport Bay of Plenty board to build on the strengths of the organisation as well as bring a perspective from an individual that has chosen to live and raise my active family in the Eastern Bay of Plenty.”

Sport Bay of Plenty Board Members: