Paralympics NZ is calling on all New Zealanders to recognise and celebrate the achievements of our 209 Paralympians since Tel Aviv 1968.

In the lead-up to Tokyo 2020 the Celebration Project Paralympians will receive their official Paralympic numbered pin at a series of community celebrations around the county. On Tuesday 25 July, 10 Paralympians from the Bay of Plenty region will be honoured, including Jim Savage from Kawerau (now living in Te Puna) who represented New Zealand in a phenomenal eight different Para sport events between 1968 and 1980. You can read more about Jim below.

Tune in at 6pm on Tuesday July 25 as our Bay of Plenty Paralymmpic representatives receive their pins and certificates.

He’s 83 now and a series of strokes has slowed him down, but Jim Savage, one of our oldest surviving Paralympians, is a man who doesn’t know the meaning of the word “can’t”.

Few people ever managed to stop Jim Savage but, 10 years ago, some ratbag stole and wrecked his car. It wasn’t any old car. It had hand controls that allowed him to drive without the use of his legs. Suddenly he was “grounded”.

But the people of Kawerau and nearby Whakatāne banded together and, within a matter of weeks, the community fundraised to not only get Savage a new car, but also the specialised hand controls and a wheelchair hoist to boot. No mean feat that, in a small town.

It’s a strong clue to just how much love there is for one of their most remarkable sportspeople; a man who represented New Zealand in a phenomenal eight different Para sport events – within Para athletics this included shot put, discus, javelin, pentathlon, added to that Para lawn bowls, Para table tennis and Para archery – between 1968 and 1980. At 83, Savage is New Zealand’s Paralympian number 14, one of four surviving members of the country’s first ever Paralympic Team, which competed in Tel Aviv in 1968.

Sport was always a huge part of his identity. As a young man, he was a devastating wing and centre who’d been tipped as a future All Black. He was an outdoorsy, powerful lad who worked at Kawerau’s Tasman Mill and would do training runs up Mt Edgecumbe/Putauaki in his spare time. When he wasn’t out deer-hunting or conquering mountains, he was ballroom dancing and running the local youth club on a Friday night. 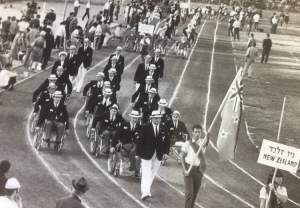 “I was fairly strong compared to a lot of boys,” he reflects from his present-day home in Te Puna where his son and daughter-and-law raise Charolais cattle. “And I just had the knack of being a sportsperson. I knew when I could pull something off.”

However, life would change dramatically in 1958, when, aged 22, he contracted polio. He was on a hunting trip in the Tarawera’s, bivvying overnight, when it became clear something was wrong. He couldn’t feel his leg and, the next day, had to crawl for more than five hours to get back to the car. Diagnosis and a stint in Auckland Hospital followed, where he progressed from a wheelchair to crutches and calipers. While he would never recover strength in his lower body, with his upper-body strength and a “no-such-word-as-can’t” attitude, he got himself out of hospital far quicker than anyone expected.

“Then the Crippled Children’s Society, as it was called then, gave me a car – and I was away! I went hunting again. Eeling. Trout-fishing. I trained myself to crawl, and just crawled on my hands and knees to do all that – crawled up riverbanks. And I got a job back at the mill, inside in the office.”

The Morris Minor also became a terrific asset for his social life with his bevy of mates around town. One of them took a shine to a young woman, Madeleine, working in the local butcher’s shop, but it was Savage she fell in love with. The two married in 1963 and, 56 years on, they’re still going strong.

“Jim’s a real people person,” says Madeleine. “He’s always done a lot for other people in the community.”

But it wasn’t until he heard about wheelchair sports that the one part of his life that had been missing for the best part of five years – playing sport – took off again. “That really was a great thing, a great help to me,” he says. “Being with other disabled people was a great feeling and competing gave me back my confidence. It was in my blood.”

After Tel Aviv, Savage would go on to captain the New Zealand team at the next three Paralympic Games: Heidelberg 1972, where he won a shot put bronze; Toronto 1976, where he secured another bronze in the shot put; and Arnhem 1980. He also captained New Zealand at the 1969 Stoke Mandeville Games, the 1975 FESPIC Games in Japan and two editions of the Commonwealth Paraplegic Games, securing a personal haul of 19 international medals in total – including four golds.

Then, in 1981, the United Nations’ International Year of Disabled Persons, Savage decided he might be able to get the event some local traction by rowing across the Cook Strait.

“We were going to do it on a couple of 44-gallon drums strapped together but, thanks to some wonderful generosity, we ended up with an adaptive catamaran that four of us in wheelchairs could paddle, using bicycle mechanisms connected to the propeller,” he says.

Adaptive sailing took him on yet more adventures around the world — including crossing the English Channel, travelling down the Nile and crossing Peru’s Lake Titicaca. Polio was still a public health issue in Peru at the time and, Savage says, “I felt for those chaps there. They didn’t have what we had, so, when we came home, we went around hospitals and got all the broken-down wheelchairs and other items that would have gone to the dump, found a firm that could rebuild them, and sent a full container to Peru.”

He recounts it matter-of-factly, as if anyone could have done it, but Savage’s boundless energy and inherent positivity is clear. Awarded an MBE in 1974, he’s been a lifelong volunteer and community servant, with an almost endless list of accolades – he taught St John’s in Kawerau, raised money for cancer charities, served Kawerau as a town councillor. He’s was awarded a Paralympics New Zealand Order of Merit in 2001, and he was the first life member of Parafed Bay of Plenty. He founded the Kawerau Paraplegic Association and the Friendly Games, which, for 21 years, encouraged disabled people from all over New Zealand to converge on Kawerau to compete in a range of sporting events. 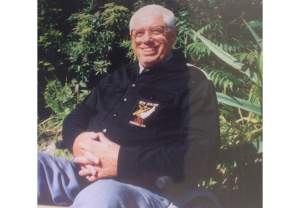 Whenever he heard of a newly disabled person who was stuck at home, he would make sure to visit them, and he started up local Para sport chapters in Rotorua, Gisborne, Whakatāne and Tauranga.

“Dad is very humble about it, but he trained, helped and inspired so very many people over the years, all as a volunteer,” says his son Danny. One of them was the late, great Eve Rimmer who, in 1967, got in touch with him, had a go at wheelchair sports and became New Zealand’s first female Paralympian at the Tel Aviv 1968 Paralympics – the birth of her glittering career. Later, in the 1990s, Savage helped set up the Eve Rimmer Games in her honour.

"I did it all because they did it for me,” Savage says – never having forgotten the support he got when he and Madeleine were first raising funds for him to compete at the Paralympics. “I’d like to acknowledge the help, love and support over the years from my family, too – Madeleine and our three children. It was hard work, a big effort.”

After a series of strokes on New Year’s Day this year, Savage’s inner athlete is a bit frustrated at having to take things easy these days. But he’s still got tips at the ready if you come looking for inspiration. “Have a go!” he says simply. “There’s no such word as can’t!”