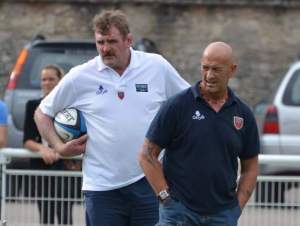 Bay of Plenty Rugby Union is pleased to announce the appointment of Iharaira (Lipi) Sinnott as the Central Bay of Plenty Regional Rugby Manager.

Bay of Plenty Operations Manager Neil Alton said Sinnott’s appointment will provide a positive contribution to the growth and development of rugby within the Central Bay of Plenty region.

“Lipi will bring a huge amount of knowledge acquired from his time in a number of high level rugby environments, which he will be able to pass onto coaches and players in the Central Bay of Plenty Region.

“Lipi is also passionate about making a difference to his community and I have no doubt he will do this with the support of the clubs and schools,” said Alton.

Sinnott said he is excited to return home and work with the Central Bay of Plenty community to lead them in fostering the development of rugby.

Sinnott will be challenged to lead the development and growth of coaching in addition to increasing participation within clubs and schools. The role will also be utilised as a driver to improve high performance outcomes.

Sinnott will commence the role at the start of February 2018.