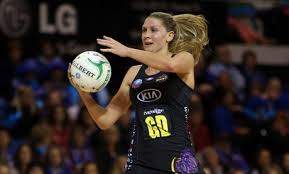 Despite not having led the franchise before, the Silver Ferns skipper was the obvious candidate to take the reigns of the new-looking Magic outfit.

Laura Langman held the post for the past four years, before defecting to the Northern Mystics in the off-season, while fellow veteran Irene van Dyk has moved to Central Pulse.

That left Fitzgerald, who is taking over from Noeline Taurua, with a straightforward choice of leader.

"I'm delighted to have Casey as captain," Fitzgerald said. "I love her style of captaincy and I think she will lead this team very well." Kopua, 28, is a foundation member of the Magic, debuting in 2003, before making her first international appearance in 2005, then taking over as national captain in 2009.