Breakers to play at ASB Arena 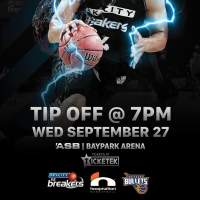 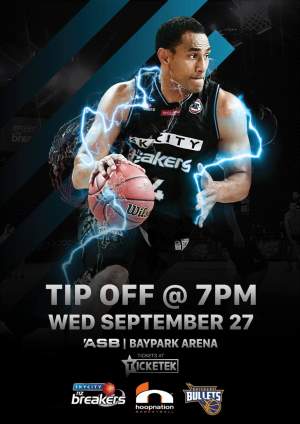 Tauranga will host the SKYCITY Breakers vs the Brisbane Bullets once again this year in what will be the final game of the pre-season schedule.

The match will be hosted by the Tauranga based HoopNation organisers and will provide all Bay of Plenty locals with a rare opportunity to see world class basketball in their own world class facility at ASB Baypark Arena.

HoopNation Co-Founders Paul Berridge and KJ Allen are excited to bring the SKYCITY Breakers back to Tauranga and expect a great crowd based on the growing popularity of Basketball in the region.

"We look forward to putting on a fantastic night of family entertainment at a price that families can afford.

"It’s inspiring for the aspiring young players who live in the region to see their heroes up close and in action and with so much talent in this region, we are sure there will be future Breakers players in the crowd."