Bay of Plenty has had a proud history at NZ Championships at all levels. The Bay is represented at Junior, Senior and Masters national championships each year, and has enjoyed success in recent years at all three levels. 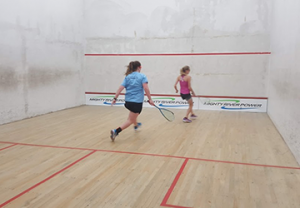 Leading the charge in the past couple of years has been our exceptional Women’s Senior Team. After a 36 year drought, the shackles were finally broken with a title last year, and this year’s team has backed that up in emphatic style. Led by Commonwealth Games Gold medalist Amanda Landers-Murphy, the team was un-troubled in defending its title in Auckland last month in what was hopefully the start of a dynasty for the Bay of Plenty women.

The women were backed up admirably by the men’s team who had their best finish for many years. The men toppled a powerful Auckland team in a surprise semi final victory, before succumbing to a very strong Waikato team in the final. With both teams in the top two, it shows the strength of the region and is just reward for a strong development program.

The Bay Masters team is full of stars from the past, and boasts a number of multiple New Zealand title holders. Returning star Danny McQueen was a welcome addition to the Bay ranks this year. Danny took out a very hotly-contested 50+ age group to win his fifth NZ Masters title, and first since 2006. Stalwart of the team, Te Puke’s Sandra Lelievre sealed her sixth NZ Masters title with a victory in the Women’s 60+ age group.

In the subsequent teams event, Bay of Plenty were seeded third and were lined up against defending champions Auckland in the semi-finals. After a titanic battle which saw Danny McQueen unfortunately unable to complete his match, the Bay was pipped 6-5 by the eventual champions Auckland. Bay of Plenty finished third to hold our seeding by beating Canterbury in the last tie.

The last Bay of Plenty team to line up at the nationals this year is the BOP Juniors. They head off to Auckland’s North Shore Squash Club October 4-11 where they will first compete in the individual age groups, followed by the teams’ event. We have a young and exciting team who will be out to give the favourites a scare.