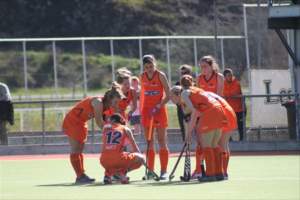 A number of Bay of Plenty hockey players will be representing Midlands at the upcoming National Tournament.

The teams were in action last weekend with the women getting off to a flying start on Saturday, beating Central 5-1 in Napier. They followed up this win with another – a 3-1 penalty shoot-out win against Auckland after drawing 1-1 in normal time.

Amy and Frances from Tauranga were also part of the Midlands U21 Women’s Team that won Gold at National Tournament in May.

The men had a testing start to their opening after going down 4-1 against central, however they showed great bounce back ability on Sunday beating local rivals Auckland 3-2 leaving them in a good position to push on at tournament next week.

Both teams head to Whangarei for the National league tournament 10-17TH September.

They will be looking to be in the Final on Saturday 17th September live on Sky Sports.