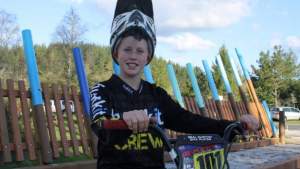 It's going to be a launching pad for future champions once it's built - and it's right here in Rotorua.

The site for the new $1.4 million BMX track at Waipa was blessed by kaumatua Reverend Canon Bob Schuster​ and a host of dignitaries and stakeholders were given a tour of the site last Wednesday.

Short said that while the budget was $1.4 million savings were being made as work continued.

"The dirt you on site has been moved there from the Hemo Gorge roundabout construction works, saving us approximately $100,000," she said.

Short said she was reluctant to put a timeline for completion of the work, but was hopeful it would be up and running by next summer.

"We have recently engaged Opus and are working with them and Higgins on the civil construction works. This is the next big piece. As a group we aren't applying any pressure to the project by specifying a particular date when it must be finished at this stage as we won't compromise the end result." 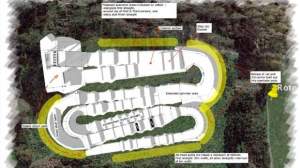 Crankworx​ Rotorua director Tak Mutu said the completed track and accompanying infrastructure - which will include a wetland around a pump track - would become a huge asset for Rotorua.

"This will be a proper world champion level track," he said.

Mutu said that like rowing, investment in infrastructure can translate into results on the world competition stage, and he said recent talks he had with world cycling body UCI convinced him the venue would one day stage world championships.

"They want things to happen here. It's not if, it's when. I'd put money on that," he said.

"This site really is moving ahead and is going to be a huge contributor to the Rotorua economy, of that there's no doubt," said Donaldson.

McClay said the track would be "one more thing that marks Rotorua out as an exceptional place".