'Best of the Fest' screenings in the Bay 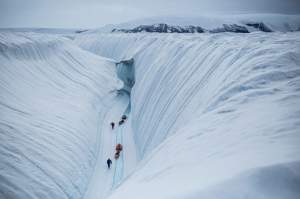 Be amazed; be shocked; be inspired - the NZ Mountain Film Festival is coming to the Bay of Plenty.

A selection of the films are available for screening and will be showing in Rotorua on August 10. A Tauranga date is yet to be confirmed.

Hosts in regions around the country choose a programme that reflects the interests of their local audiences from a selection of films on adventure, culture, environment and action sports.

The Rotorua screening is on Thursday 10 August, 7pm, at the Holiday Inn’s Pohutu Cultural Theatre, 10 Tryon Street, Rotorua. Films showing include the 2017 Grand Prize Award winner Into Twin Galaxies - A Greenland Epic that follows three National Geographic Adventurers of the Year who embark on an outlandish 46-day kayaking mission in Greenland.

Tickets are $20 and are available online here and on the door on the night.

Click here for more information about the festival and its programme.