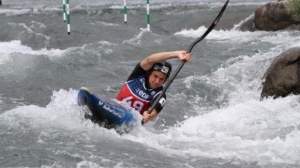 BayTrust, Acorn Foundation and Sport Bay of Plenty are proud to announce the recipients of the second round of the 2015-16 Athlete and Coach Scholarships.

These scholarships recognise both athletes and coaches, aiming to support and assist Bay of Plenty sporting talent to achieve on the national and international sporting stage and allow coaches to develop new skills that can be delivered back to the community.

This round has also seen the first of an annual scholarship that has been kindly donated by Christin Tustain and the Acorn Foundation. This scholarship will recognise one athlete from the Western Bay of Plenty.

Both scholarships are open to sports people residing in the region covered by BayTrust and Sport Bay of Plenty, with the intention that the coaching expertise and sporting talent is retained in the Bay.

The Athlete Scholarship applications were available to any young athlete from the Bay of Plenty aged 16–23 who has achieved national representation at their sport; while the Coach Scholarships are for coaches currently coaching at a recognised and endorsed level by their respective Regional Sporting Organisation or equivalent body.

Applications highlight the exceptional sporting and coaching talent that exists within the Bay of Plenty region and these scholarships demonstrate an appreciation for the hard work, commitment and dedication that these athletes and coaches give to their sport and communities.

Callum had a great 2016 finishing first at the NZ Nationals and ending the year as the top ranked Under 23 year old and was ranked 2nd overall in NZ.

On the international stage Callum placed 19th at the U23 World Championships and had a best result of 35th at a senior World Cup event.

Paddy Weston, (Rotorua) - Swimming
Paddy swam as a member of the NZ Team at the Australia State Championships. Paddy placed 5th in the 15 yr 1500m freestyle and 7th in the 400m freestyle.

Rudy Matthews, (Tauranga) – Swimming
Rudy had a good 2016 with a great showing at the NZ Short course swim championships. Rudy finished 1st in the 200 and 400m individual medley, and 2nd in the 100m Breaststroke.

Eva Morris and Jazzlee Thomas, (Tauranga) – Synchronised Swimming
2016 was a great year for Eva and Jazzlee both were members of the NZ Aquaferns squad that competed at the World Champs where they finished 17th in the Tech team and 21st in the free team. Individually they had good results finishing as National Champs in the Senior and Junior Duets.

Max Van Der Salm, (Tauranga) – Windsurfing
Max has had a stellar few years; he has won the Techno Nationals, Slalom Nationals and the Kendall Cup for both 2015 and 2016.

Alanna Campbell, (Tauranga) - Golf
In 2016, Alanna made a great start to the year finishing 4th at the Victorian Junior Masters, 3rd at the NZ Strokeplay, and 3rd at the Cambridge Classic.

Angus Coulter, (Whakatane) – Golf Croquet
Angus won the Whakatane Club championship, the BOP annual, the Mt Maunganui annual in 2016. He finished 8th at the NZ Nationals. This is a fantastic achievement as Angus only started playing in June 2015.

George Coulter, (Whakatane) – Golf Croquet
George had a good year in 2015 where he finished 1st at the UNITE tournament, 1st at the M & M level singles, 3rd at the Nth Island champs and 3rd at the NZ U21 Champs.

Alex Hawthorne, (Tauranga) – Canoe Slalom
Alex has some good results during the 2016 season he placed 5th in the NZ U23s, 4th at the U23s Oceania’s, 1st at the BOP U23s, and 2nd overall the North Island Champs.

Tarryn Espitalier, Shane Espitalier, and Vance Shoebridge (Tauranga) – Badminton
All three have put in a lot of coaching within the Bay of Plenty region over the past few years. They are wanting to attend the Badminton NZ coaching suttletime workshop in Wellington which will continue to upskill them in their delivery of badminton in the Bay of Plenty.

Megan Richards, (Te Puke) and Paul Collins (Tauranga) – Hockey
Megan and Paul will be attending the Advanced Coaching Course that is being run by Hockey NZ. With all their work at junior level, they both want to work at a representative and premier level. This course will allow them to do this.

Chris Langley, (Mt Maunganui) – Rugby League
Chris has been a valued member of the Wai-Coa Bay Coaching staff for the last couple of years. Chris wants to complete the NZRL Coaching Course being held in Auckland. This will help Chris gain a better understanding of coaching at the performance level.

Audri Abbot, (Whakatane) – Basketball
Audri has the opportunity to go to Australia as part of the Koro Tour coaching group. This will allow Audri the opportunity to learn within a competition, game setting which will be beneficial to his own game day coaching.