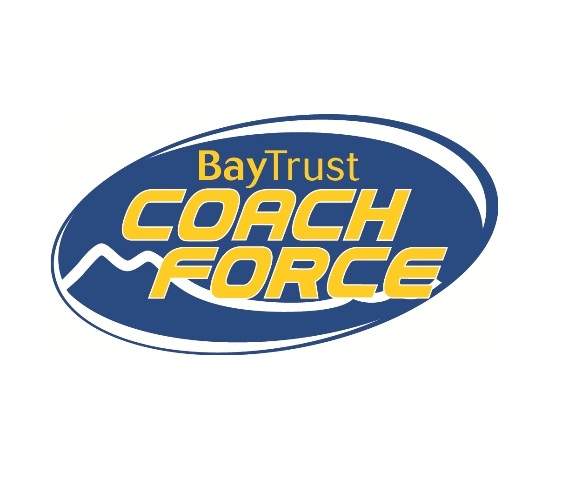 BayTrust and Sport Bay of Plenty are delighted to announce that BayTrust has approved a further three-year grant totalling $1,267,500 for the BayTrust CoachForce programme.

The new funding commitment will be implemented when the current arrangement expires on 30 June this year.

BayTrust was the seed funder and foundation supporter of CoachForce when it started back in 1997 and since then has committed a total of $8.4 million to the programme.

The programme has since become an integral and pivotal part of the sporting landscape and has been instrumental in not only the development of coaches, but also in contributing to sustaining participation and physical activity across the sporting codes.

Since 1997 over 130,000 professional development opportunities for coaches have been delivered in the Bay of Plenty Region. In 2002 the programme was taken up nationally by Sport New Zealand and now has around 100 CoachForce Officers situated in many of the Regional Sports Trusts and National Sporting Organisations.

“It’s great news!” said Sport Bay of Plenty CEO Wayne Werder. “Sport Bay of Plenty and BayTrust have worked extremely well together over the past 15 years with many significant projects and initiatives contributing to the sporting landscape. The feedback from the 2012 CoachForce evaluation showed that the CoachForce programme provides exceptional value and is critical to the success of sport in the Bay of Plenty.

BayTrust Manager Bruce Cronin fully endorsed Wayne Werder’s remarks. “We believe that BayTrust CoachForce has been spectacularly successful and our continued funding of the programme will lead to more and better coaches, and more and better sports participants, helping us to build stronger, healthier, more vibrant communities throughout the whole Bay of Plenty,” he said.

“BayTrust is probably evaluating its grants even more rigorously now than it ever has, and with Sport Bay of Plenty’s expertise and commitment, BayTrust CoachForce is a programme that has well-earned this continuing support of a further $1.2 million.”

Sport NZ’s Chief Executive, Peter Miskimmin said, “I would like to acknowledge BayTrust’s far-sighted investment. From a Sport NZ perspective, it is a generous contribution to coaches and coaching (a key area of need) and it is a model of local investment which we often point to in other regional forums. Our own investment in the 17 RST regions of New Zealand only reaches so far – so it is local money, like that provided by BayTrust, which makes the difference.”