Bay urged to get moving as participation in organised sports decreases 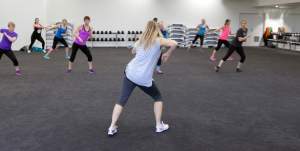 The number of Bay of Plenty people participating in weekly sport and recreation has fallen in the last few years, with busier lives and the use of technology cited as reasons.

Sport New Zealand's most recent Active survey found almost three-quarters of Bay residents, 72 per cent, do some form of sport and recreation each week.

This is about the same as the national average, but a slight decline from nine years ago when 77 per cent of Bay residents said they exercised weekly.