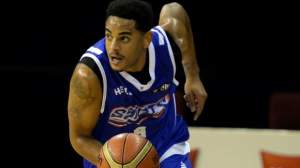 The city doesn't have a team in the National Basketball League [NBL], but Tauranga will host the competition's final four weekend for the first time next month.

The NBL final four will be played over the weekend of June 16-17 at ASB BayPark Arena. The semi-finals will take place on the Friday at 5pm and 7pm, with the final scheduled for Saturday at 5pm.

Tauranga is a surprising choice given they don't have a side in the league. They have submitted a bid to compete in the NBL for the first time for next year and beyond, along with the Manawatu Jets, who are attempting to rejoin the league.

It will be intriguing to see whether Bay of Plenty basketball fans get behind the finals and support the event.

Tauranga, Invercargill and Christchurch [Cowles Stadium] were in contention to host the finals. Southland will be aggrieved after successfully hosting the finals last year and attracting strong crowds.

NBL chairman Iain Potter welcomed Tauranga as the venue. "One of the strengths of the NBL across the country is the incredible support teams receive and whilst Tauranga has put a bid in for a team in 2018 onwards, it is not the basis for the 2017 finals destination," he said.

"Tauranga have been very fortunate to have held previously successful basketball events in the region with the Tall Blacks, Tall Ferns and NZ Breakers and are delighted to be able to showcase now the top four NBL teams."