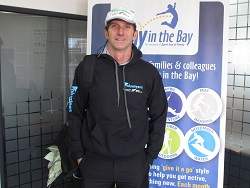 Sport Bay of Plenty has today announced the SportMaker recipients for 2016.

15 SportMakers from Opotiki, Galatea, Waimana, Whakatane, Reporoa, Tongariro, Rotorua, Te Puke, Mount Maunganui and Tauranga were selected from over 100 nominations received from sports clubs and organisations around the Bay of Plenty region.

Sport Bay of Plenty Community Sport Advisor, Clinton Butler, said it was fantastic to see such a large number of nominations. “We had 111 nominations this year and the calibre is extraordinary. We certainly have many dedicated volunteers around the Bay, which made it difficult to select the winners,” he said.

“We would like to thank the thousands of volunteers who generously give their time to support sport in our region, as they are the lifeblood of sport and without their commitment, sport would not happen.”

This announcement follows on from the volunteer recognition breakfasts hosted by Sport Bay of Plenty in Tauranga, Rotorua and Whakatane last month, where over 200 volunteers attended.

The ‘Thank a SportMaker’ campaign has been run over the past three years. It is a partnership with the Lotto New Zealand and Sport New Zealand that sees the Bay of Plenty region sharing in over $1 million of quality clothing and sports gear to be awarded to SportMakers throughout the country.

Each SportMaker received a gift, presented by Sport Bay of Plenty on behalf of Lotto New Zealand and Sport New Zealand.

About the 2016 Bay of Plenty SportMaker winners

Kamiria Howe is an outstanding netball volunteer at Opotiki Primary School. She coaches all eight of the school teams, with training taking place both in and out of school hours. Her efforts are tremendous.

Anneke Hepi is a local legend in the Eastern Bay. She is involved in all different sports from netball to touch rugby, rippa rugby, volleyball, soccer and swimming. She has been a dedicated volunteer for over seven years, organising fundraising, coaching, umpiring, training and even driving kids home from games.

Matiu Boynton goes above and beyond as Manager of the Waimana Women’s Rugby and Tuhoe Wahine League teams. He is always first on the field to clean up, sets up and cooks in the kitchen, provides transport and sponsors player of the day. His support is greatly appreciated at the clubs.

Tod Sharland coaches four out of the five basketball teams at Reporoa College. He trains with the teams during lunchtimes and after school and drives teams through to Rotorua two nights a week. His enthusiasm is making a huge difference to basketball at the school.

Ellen Grace has been coaching and managing netball teams at Tongariro Area School for four years. She actively supports each team and nurtures them to succeed and be the best they can be in a positive and patient manner.

Steve Pittman (pictured) is Junior Committee Chairman and Board Member of the Rotorua Cricket Association. He gives up a lot of his spare time to help in making cricket move ahead in the Rotorua region.

Eric and Roslyn Merrimar have dedicated over 20 years of volunteering at Galatea J.A.B. They continue to exceed expectations in supporting, managing, coaching and organising 9-10 rugby teams, offering their time and money each year.

Bernie Roux got involved in cricket when his children took up the game three years ago. He is now Chairman of the Albion Cricket Club and has been instrumental in creating a website, Facebook page and database for the club, which has significantly increased player numbers.

Stefan Nogaj has coached football at the Waipuna Football Club for over five years. He is 100% dedicated to his players both on and off the field and has huge trust and support from players and parents. He is passionate about children developing a life-long aptitude for sport.

Lawrence Keogh has provided significant contribution to Arataki Sports Club over the last four years. He currently holds multiple roles within the club including secretary, gear custodian and manager of three teams and is the most depended upon to keep club operations rolling.

Celeste Moffatt is a legend in organising all sports at Maungatapu Primary School. Without her, no sport would be activated within the school.

Karen Roberts is the junior coordinator at Mt Maunganui Squash Club. She coordinates junior coaching, and runs the junior club night each week as well as the Prince Tournament and has instigated further training for elite juniors. Thanks to Karen’s dedication, junior numbers have doubled in the past two years.

Graeme Neilson has been involved in volunteering at the Te Puke Badminton Club for over five years. He has taken on funding applications (and been very successful), as well as increasing junior numbers and coaches. Graeme is also a Committee Member for the BOP Badminton Association and is very passionate about the sport.