Bay of Plenty Hockey sides turn up the heat for summer 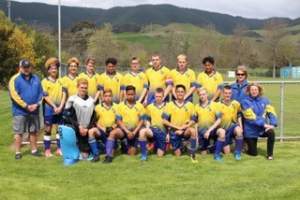 The Bay of Plenty U13 and U15 hockey teams are only just starting to fit back into normal life after four whirlwind campaigns at their respective National Tournaments over the school holidays.

The U15 boys sought the ultimate prize as they enjoyed a string of strong results in the lead up to tournament. The boys dominated the early exchanges toppling tournament hopefuls Wellington and Hawke’s Bay to finish atop their pool heading into the cross overs. Despite an extra time cliff-hanger against Tauranga, the boys tightened their belts to beat a very strong Canterbury side 6-1 in their semifinal. 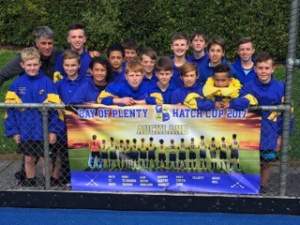 The hockey gods dealt the finalists from North Harbour and Bay of Plenty a cruel blow by opening up the heavens and drenching the turf. The finalists had to adopt a more aerial approach which really levelled the playing field with both sides struggling to gain any ascendancy in the first half. Unfortunately North Harbour scored first in the second and our boys failed to come back eventually grabbing the silver in a 2-0 loss.

The U15 girls’ side had a really tough week in their campaign battling to an eventual 15th position nationally. The girls had an inconsistent week, but managed to show some signs of improvement in the late stages of their tournament which was really pleasing to see.

When you thought the drama couldn't get any higher, the boys and girls U13 teams battled their way through eight games over the second week in the school holidays to secure top eight finishes.

The girls competing in the Collier Trophy in Tauranga got off to a flying start topping their pool (unbeaten) securing their spot in the top eight, a feat that hasn't been achieved by a Bay of Plenty U13 girls team since 2013. 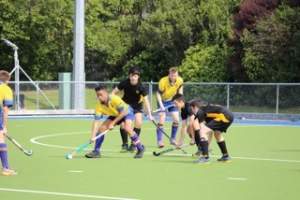 Following their strong start the girls ran into a very slick North Harbour side who toppled their semifinal chances, dropping them into the bottom four of the eight where they eventually settled for seventh equal with South Canterbury. The management team with the help of a super proud, positive group of parents and supporters have started a terrific team-centred culture which will hopefully set up further results in the coming years. 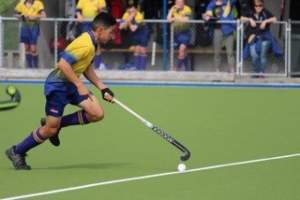 The boys took on the Hatch Cup Tournament in Auckland and went about their business though pool play finishing in second position behind local rivals Tauranga. The team found their mojo in the quarter final vs hockey giants Canterbury running out 2-0 victors setting up an even bigger semifinal challenge vs home favourites Auckland.

Despite their underdog tag, the boys with the support of friends and families and a dogged determination scored first through a fantastic strike by TJ Hurunui. The boys from the Bay held tight to setup a fairy tale 1-0 win over Auckland. North Harbour was to be Bay of Plenty’s finals nemesis, having beaten Wairarapa convincingly in their semifinal 3-0.

As the atmosphere rose around the stadium the boys soaked it all up and managed some real scoring opportunities early on but it was North Harbour who ran away victors 3-0 in the end. It’s the fourth time The Bay of Plenty have received Silver at the Hatch Cup and we couldn't be more proud of this group.

The future prospects are really exciting within Bay of Plenty Hockey, with all of these young talents performing well on the national stage.

Bay of Plenty Hockey would like to thank all of our coaches and other volunteers for their hard work and dedication, you all make a massive difference.