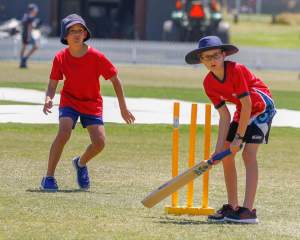 Greenpark School playing under the mantle of England, won the 13th Western Bay of Plenty Mini World Cup when they beat Bethlehem College Primary, on Wednesday 9th November 2016 at the Bay Oval and Blake Park.

Greenpark School and Bethlehem College Primary aka Scotland, qualified in the top two spots of the twenty-fours schools that played out the 2016 Mini World Cup, for the right to meet in the title decider.

In a classic contest in front of plenty of team supporters, Greenpark School defeated Bethlehem College Primary in the MWC Final. The Greenpark win gave the school back to back Mini World Cup titles after triumphing last year.

The highly sought after prize of the best uniform on the day went to Papamoa Primary who represented Fiji in the MWC, while Arataki School won the sportsmanship award.