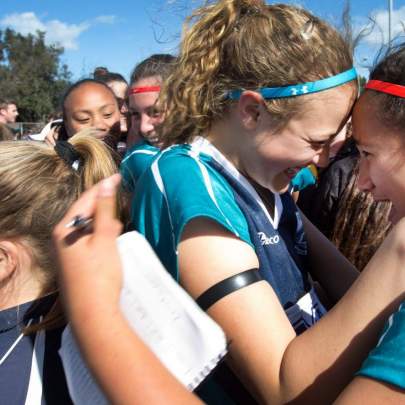 Tauranga will come alive next month as thousands of intermediate-aged athletes and their supporters descend on the city.

The 2017 Anchor AIMS Games will host a record 10,139 athletes from 303 schools across New Zealand and the Pacific when the week-long event starts on September 10. Last year 9300 athletes from 271 schools took part.

Tournament director Vicki Semple said it was exciting the AIMS Games were less than a month away.

For the first time, 10 para-athletes will compete - five each in cross-country and swimming.

"We have seen significant growth in entries for nearly all our sporting codes, including 16 extra netball teams, already New Zealand's largest netball tournament at any level."

Ms Semple said 71 new schools registered to compete this year, which meant some teams were having to stay in Waihi Beach and Rotorua and travel to venues each day.

Ms Semple said all conceivable accommodation venues, which include motels, hotels, lodges, marae and private homes had been booked months in advance, and some schools were billeting athletes.

"One of the amazing things about the AIMS Games is that it brings the community closer together and everyone involved owns and supports the iconic event," she said.

The premier sporting event for 11, 12, and 13-year-olds is a strategic partnership between Sport Bay of Plenty, Tauranga City Council and four Bay of Plenty Intermediate Schools.

There are a number of great events the public can be involved in, including:

HungerBall at Blake Park and Waipuna Park (September 10, 11 and 15)