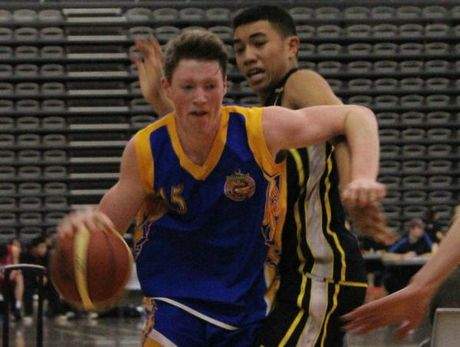 Basketball continues to be the new game of choice for Western Bay of Plenty teenagers and some significant results at last week's National Under-17 Championships are proof all the hard work put in by coaches, schools and administrators in recent years is paying off.

Both the Tauranga boys' and girls' teams recorded superior performances from 2012, with the boys finishing sixth and the girls in seventh place.

Tauranga Boys' College forward Connor Johnson made the tournament team, ranking him in the top 10 basketballers for his age in the country.

"They reflect well on where we sit nationally as it is tougher for our teams to qualify for the nationals now. There are now six zones and our zone covering four main associations of Thames Valley, Rotorua, Tauranga and Waikato has gone from having four teams to three," Rogers said.

"The improvement is a combination of things. We are starting to see results from the Navigators development programme we have had going for a couple of years now.

"The quality of the local schools competition is improving so the standards of play the kids come against each week is getting better."

Another positive indicator is the growth in playing numbers at the crucial younger age groups at miniball and intermediate levels.

"We have had growth of 10 per cent there, at secondary school as well and in the women's side of the game, which is really promising," Rogers said.

There are some obvious factors in the sport's resurgence, particularly the success of the Breakers and popularity of the NBA, but Rogers says it is difficult to quantify.

"The Breakers have obviously done an awesome job and the profile they bring to the sport is great. The Tall Blacks are playing their first test in New Zealand in four years next month, which will help as well."

The excellent facilities at the ASB Arena at Baypark is another factor in driving the sport forward and has helped land one of the biggest tournaments on the Basketball New Zealand calendar.

Tauranga City Basketball will host the NZ Under-23 Championships from August 21-24 and have booked the event at ASB Arena for 2014 and 2015.

Rogers says it is exciting for the association and for the sport to have the best young players in the country in action here.

"We will have the likes of national league players potentially like Reuben Te Rangi and Tai Webster representing their associations. We will have teams entered ourselves so it will be great to have local teams playing in a pretty good level of basketball."

Meanwhile, the next round of the adult social league begins on Monday.