Last year Tauranga City Baseball’s U13 team ended in last place at the United Airlines Ripken Championship in Auckland. Fast forward to this past weekend, and the hard-working Tauranga Tide catapulted to finish in third.

Coach James Devine believes the team’s extraordinary result is thanks to the boys’ hard work, communication, and support of one another. 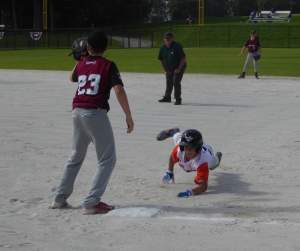 The coach also learned a lot from past competitions, and spent time realigning their strategy. In the end it paid off.
The Bay of Plenty team won against Counties Red in Round One, and then faced a double header the next day. They played their second game of the tournament against North Shore City – a close game against strong competition – losing by just one point.

The Tauranga boys moved on to the quarter finals against Central City and took the game 6-4.

Club President and U13 Manager Shane Woolley couldn’t have been more pleased with their progress.

“It is a huge credit to Coach James and the way he coached the team over the season, bringing it all together for the tournament. I am really proud of how well-composed the boys were for the games.”

Tauranga’s talented youth fought hard in the semi-finals but lost to Hutt Valley, and then went on to battle the Orewa Sharks for the bronze statue. The Tide came back from an early deficit in the game, and by the bottom of the third inning, the score was 21-5 with the Tide leading.

After an hour and forty-five minutes at play, the game was called and Tauranga City Baseball’s youth team finished it off with a 23-9 win. Pitchers Hapene Kumeroa (a pick up/stand-in player from Christchurch) and John Heo were stand out players.

The Tauranga City Baseball Club rejoiced a second time over the weekend as one of their own was selected to play on the NZ All Star Team at the Ripken World Series in the United States. 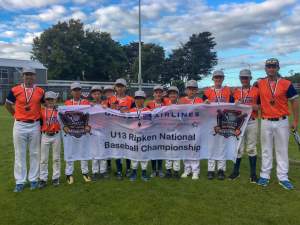 Devine, a 12-year-old student at Mount Intermediate, believes his inclusion in the traveling team is due in part to his focus, hustle, and his eagerness to play.

“I’m proud of myself. I’ve only played baseball for three seasons. I’m looking forward to the experience of playing other American teams that have been playing for a while to see what it’s like to play harder teams.”

Alongside 14 other players, Devine will head to America in July for the Ripken World Series which runs from August 3-10. It’s the fifth time a New Zealand All Star team will attend the highly-regarded tournament.