Black Ferns Sevens Coach Allan Bunting has made his way into the history books by becoming just the second coach in 50 years to win the Supreme Award at the Bay of Plenty Sports Awards.

Sport Bay of Plenty Sport Manager Nick Chambers said Bunting faced some tough competition for the 2018 Supreme Award, including Commonwealth Games medallists Sam and Ben O’Dea, Frances Davies, Michaela Blyde and Scott Curry, but in the end it was his leadership and outstanding achievements over the last 12 months that helped the judges come to a unanimous decision. 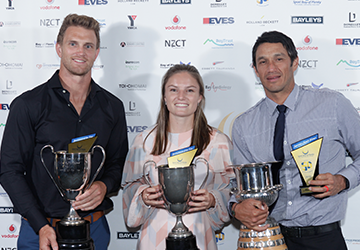 “Allan has led the Black Ferns Sevens to some exceptional results over the last year, including gold at the Commonwealth Games and gold in the Sevens World Cup,” Chambers said.

“He’s a great leader and mentor to the national squad, and has helped the Black Ferns Sevens maintain a commanding position in international competition. Named Women’s Coach of the Year at the World Rugby Sevens awards earlier this year, he’s clearly earnt the respect of his peers and the sports community,” Chambers said.

Hosted by Sport Bay of Plenty, the 2018 Bay of Plenty Sports Awards were held at Tauranga’s ASB Arena on Friday, November 16 to recognise and celebrate outstanding achievements by Bay of Plenty athletes, coaches and officials over the past 12 months.

The rugby sevens community had a great year, with Michaela Blyde winning the Holland Beckett Law Sportswoman of the Year, and All Blacks Sevens co-captain Scott Curry taking out the Bayleys Real Estate Sportsman of the Year award.

Beach volleyball duo Sam and Ben O’Dea were named the University of Waikato Adams Centre for High Performance Team of the Year.

In the junior division, Under 19 rugby player Kaleb Trask was named Vodafone Junior Sportsman of the Year for a stellar year of achievements, including being part of New Zealand’s Under 20 World Cup squad, and a member of the Bay of Plenty Under 19 side who won the Jock Hobbs Memorial Tournament.

But it wasn’t all about the athletes, with numerous volunteers, coaches and officials in the open and secondary school space rewarded for their dedication and commitment.

Local legend Greg Rieger from surf life saving was named Advocate Print Official of the Year, and ten local volunteers were honoured in the YMCA Service to Sport category for having made significant contributions at the regional or national level. This included husband and wife Noel and Jan Jones who have collectively given over 80 years of service to badminton and athletics.

Sport Bay of Plenty CEO Heidi Lichtwark offered her congratulations to all 2018 finalists and winners: “It’s a real testament to the depth of talent and dedication in our region that the Sports Awards have been running for 50 years.

“One of the best aspects of the awards is that we can honour the region’s top athletes alongside the many community volunteers who help make our local sport system so strong.” 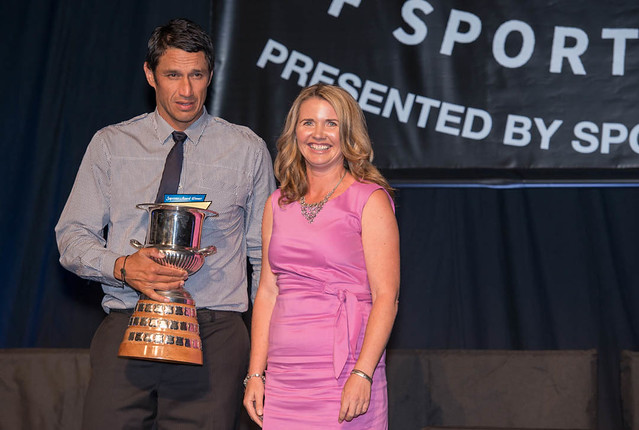