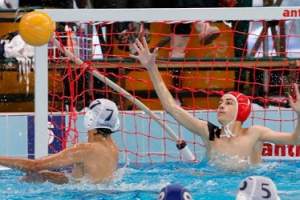 Tauranga is preparing for more than 12,000 visitors to descend on the city next week for the 13th annual AIMS Games.

From humble beginnings as a local sporting festival, what is now Tauranga's biggest major event, will see nearly 9300 intermediate-aged school children from 275 schools from around New Zealand, Tonga and the Cook Islands compete in 21 sporting codes.

The AIMS Games is now considered to be the International Championships for Intermediate and Middle schools,” says tournament director Vicki Semple.

“It's a pathway to sporting success for many of our local students.” Tauranga City Council is a supporter of the AIMS Games, providing the majority of hosting venues used between September 4 and 9.

Many of the 16 venues are council-owned or controlled and include ASB Arena, Baywave, parks and reserves, the Tauranga Harbour and other great spaces.

“What better chance will there be for local residents to showcase the diversity and calibre of Tauranga's sporting venues,” says Sarah Lewis, sponsorship and leverage manager at Tauranga City Council.

This year, Council has teamed up with the Bay of Plenty Regional Council to sponsor a free park and ride bus shuttle for the Games for competitors and their families/supporters.

The AIMS Games is the premier sporting event for 11, 12 and 13-year-olds, supported by a strategic partnership between Sport Bay of Plenty, Tauranga City Council and the four Bay of Plenty intermediate schools.

The event makes a significant contribution to the economic prosperity of our city, reflected in the support Tauranga City Council gives to it each year.

This year the funding has been through the Council's Major Events Fund. “The AIMS Games is so much more than just a sporting tournament,” says Mayor Stuart Crosby.

“It fosters community spirit and local pride, as well as promotes the Tauranga area and boosts the local economy. It is a chance for all residents to really show off our city.”