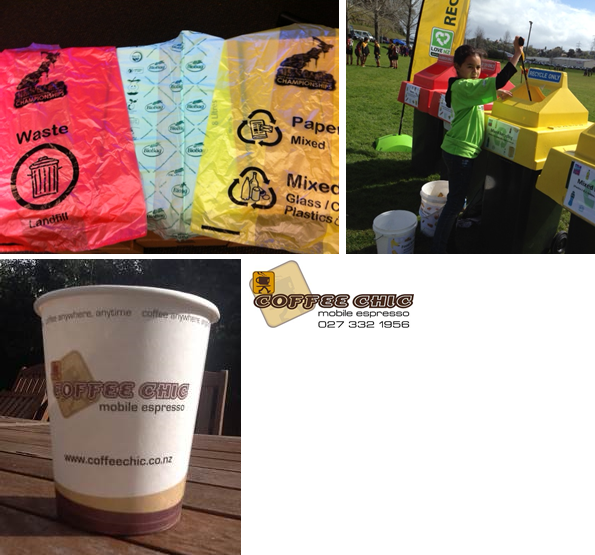 Athletes and ‘Green Teams’ alike will once again be attempting to smash records during Tauranga’s largest annual sporting event, starting on Sunday the 15th of September.

The 2013 NZCT AIMS GAMES tournament will host more than 6,500 intermediate-aged athletes from 193 schools around New Zealand, Australia and the Pacific Islands – almost two thirds the number of competitors at the 2012 London Olympics. These athletes, coaches and supporters will be asked to reduce the event waste by and recycling and composting.

‘Green Teams’ made up of local Year 7 and 8 students hope to improve on last year’s waste minimization goal at this enormous Event. Chasing the goal to divert 40% of waste from landfill was easily achieved in 2012. Aiming higher, the goal for 2013 is 45%.

Almost 40 student volunteers will encourage competitors, coaches and spectators to reduce waste to landfill by utilising the specially labelled recycling and ‘food scrap’ bins. The focus of the Green Teams will be two highlight the importance of separating the recyclable material as well as the food and organics from landfill waste.