ActiveVoice: Why we recognise sporting excellence in the Bay 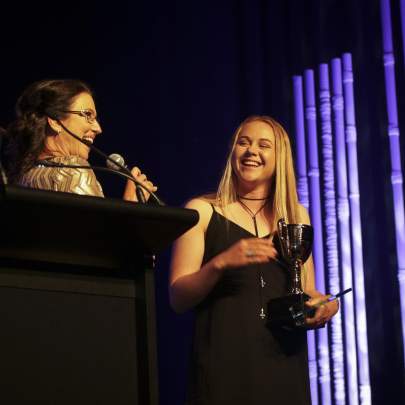 It is that time of the year again when, as a region, we recognise our most outstanding and successful athletes, teams, coaches, officials and volunteers.

The 2017 Bay of Plenty Sports Awards, organised and hosted by Sport Bay of Plenty, are being held on November 24 at the Energy Events Centre in Rotorua.

Nominations have closed and we received more than 130 to consider in the secondary school and open categories.

This prestigious event is a chance to tip our hat to the sporting community, and acknowledge the incredible talent, skill and passion in our region.

We only have to think back to the 2016 Rio Olympics where 50% of the medals were won by Bay of Plenty athletes, who were supported from the sidelines by a number of Bay coaches and officials. In the same year, cricket records were being smashed across the world by our local players and secondary school students were on a path to becoming world champions.

This year has been another successful one, which is evidence that the Bay of Plenty region continues to punch above its weight when it comes to outstanding sporting achievements on a national and international stage. These achievements certainly provide our judges with some difficult decisions when it comes to picking the recipients of each award.

Sitting alongside these awards are the Service to Sport Awards. Sport Bay of Plenty, sporting codes and the athletes themselves are all aware that great sporting results would not happen without the support of volunteers (in addition to Mum and Dad, of course).

At some point in an athlete’s career, there would have been someone who dedicated their energy unselfishly to help them on their journey. They would have given many months (or years) to help them on the road to success and no doubt when that job was done they moved on to help the next up-and-coming athlete who walked into their club or school.

These truly amazing people have been involved in sport for at least 10 years; some as many as 50. There is no doubt in my mind that these humble individuals don’t do this for the praise or awards – they do it because they want to.

It is a real pleasure to recognise these volunteers in such a special way. These awards are a real tribute to our volunteers who, without them, sport just wouldn’t happen.

The 2017 Bay of Plenty Sport Awards are on Friday, November 24 in Rotorua. Finalists will be announced on Wednesday, October 25, with tickets on sale following this release.