ActiveVoice: When the teachers become the students 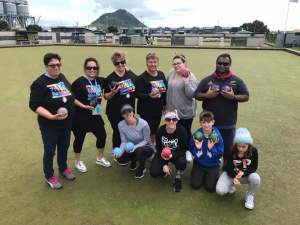 New Zealand Secondary School Sports Council (NZSSSC) launched the Games, along with partners PPTA, NZEI, the Ministry of Education and Sport Bay of Plenty was the delivery partner. 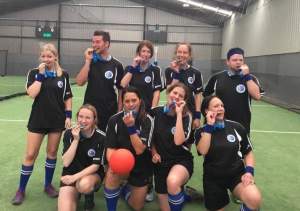 The event was available to all employees of early childhood, primary and secondary schools and provided an opportunity for staff to have fun with their colleagues, network, and compete in social or competitive events, with the aim of them having a positive sporting experience to take back to their school and students.

With just under 600 participants registered, the majority of teachers and school staff came from North Island schools, from as far north as Whangarei and down to Wellington.

There were ‘traditional’ sports on offer, such as netball, squash, golf, bowls, touch, badminton and beach volleyball.

Netball was the most popular sport on offer, with a total of 28 women’s and mixed teams entered over two days. There were also non-traditional sports such as dodgeball, futsal, Ultimate Frisbee, the King and Queen of the Mount Challenge and a race to find New Zealand’s fastest teacher.

The social events definitely proved popular, such as Team Trivia Nights, as well as The Great Race, where participants had to complete a series of challenges before they were given the clue to the next location. 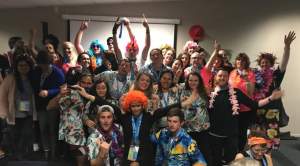 Unfortunately, the spring weather wasn’t too kind to us, providing four seasons in a day, making the outdoor events a little more interesting than expected – especially the Ultimate Frisbee! However, Mount Maunganui was still the perfect place to host the New Zealand Teachers’ Games, not only because of its reputation as one of New Zealand’s best holiday destinations, but also because most of the fields, courts and headquarters are in such close proximity to one another.

Feedback from everyone involved has been really positive and it was such an awesome event to be a part of. There was plenty of laughter, red faces and all-round good sportsmanship to be seen and heard.